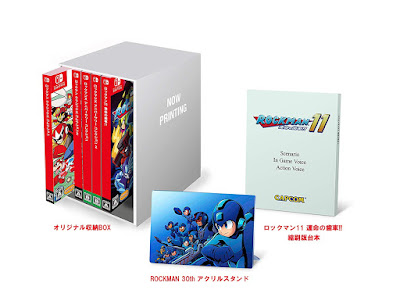 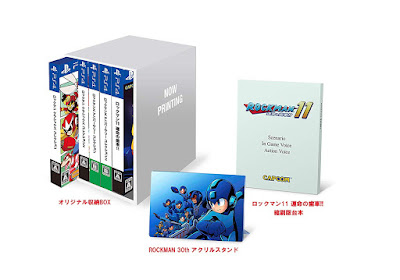 Both Amazon Japan and import specialty retailers Ami Ami and Nin Nin Game have begun accepting pre-orders for the Rockman & Rockman X 5-in-1 box set for Nintendo Switch and PlayStation 4.

For Nintendo Switch owners and collector's of rare Mega Man/Rockman goods, you'll be pleased to know that the Switch version of Rockman Classic Collection 2 will, for the very first (and possibly only time), be printed on a physical cartridge. I suppose it goes without saying, but if you have even an inkling of an interest in owning that, you'll want to get your pre-order in ASAP.

And yes; Amazon Japan's listings say that they don't ship outside of Japan. That's not exactly true. They do ship outside Japan but that "warning" will be lifted closer to release. No worries. Also, I should mention that if you order from Amazon Japan, you'll get a digital wallpaper for your phone and PC!