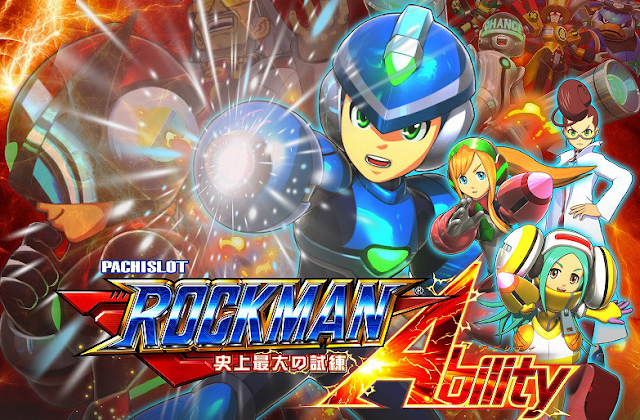 An individual close to Capcom's arcade and amusement operations has told Rockman Corner that  Enterrise, Capcom affiliate and developers of Pachislot Rockman Ability, have tapped CommSeed Corporation to port the game to mobile phones (Android and iOS).

The port intends on attracting a new, larger audience among mobile phone users in Japan who haven't played Rockman Ability machines in person. Although anyone in the world will be able to download it from the App Store or Google Play Store, the game will only be supported in Japan. There are no plans for an English localization. A release window for the port is not available at this time.

News of a mobile Rockman Ability port shouldn't come as a huge surprise. Nearly every Capcom-based pachislot machine developed by Enterrise has, at one time or another, been ported to mobile phones courtesy of CommSeed. These include Pachislot Resident Evil 6 and Pachislot Devil May Cry 4, among other titles.

Originally distributed to select venues throughout Japan in 2018, Rockman Ability is a Rockman-themed pachislot game featuring original characters and an original scenario. It is wholly separate from any previous Rockman series but takes some inspiration from the classic series. You can learn more about Rockman Ability here, here and here.
Posted by Protodude at 9:38 PM