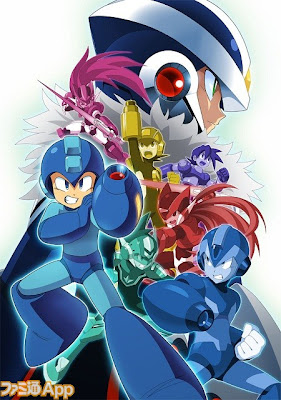 Information is few and far between, but here's the initial lowdown from the game's official site:


Xover's story goes a little something like this: various Rockmen have been confined in a gap between space and time at the hands of Dr. Wily, Sigma, and other villains. In opposition, Dr. Light and Dr. Cossack develop a new robot to fight back. This robot, a production model, is scattered all over the world. It possesses infinite capacity to transform thanks to its power source, "battle memory."

Building up their very own Rockman (using the new robot as a template), players will cooperate together to thwart evil and restore everlasting peace. And that's the game, basically.

The addition of an "AutoPlay" button suggests Xover could take a more "casual" approach to the standard Rockman formula. For less experienced players, this feature could turn things over to cruise control. Of course that's unconfirmed right now. Just speculation.

Naturally, further details are expected. We'll be keeping an ear out. Stay tuned!