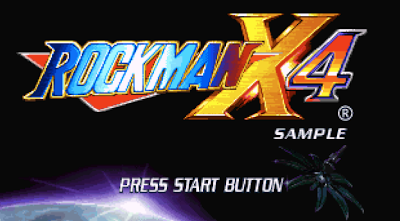 I've always had a special place in my heart for Mega Man X4.  Great gameplay, superb music, fun bosses, "what am I fighting for?!", and so on.  Oh, and it just so happened to be the first X Series title I ever owned.  Anyway, the game just turned fifteen years old yesterday. To celebrate, not only did I gave it a quick playthrough, but I thought it would be fun to data mine the trial version of the game (download it here) for hidden goodies; unused graphics, music, etc.

Not even ten minutes into my search, I stumbled across a hidden image tucked inside the stage select tile data.  It's pretty bizarre, to say the least. I love this sort of stuff, so I felt inclined to share it with you all. Check it out after the break! 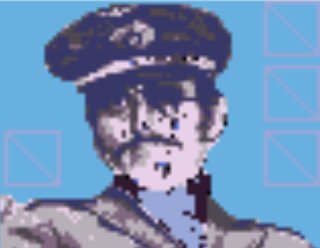 Nestled between portraits of Web Spider and Frost Walrus is this guy: a brooding officer (?) with an eye patch. It's photo-like appearance stands out among X4's hand drawn sprites. Kinda freaky looking, right?  I have no idea who it's suppose to be (a Japanese celebrity?), but I'm inclined to believe it's a placeholder for other boss portraits.

UPDATE: Turns out the mystery man is none other than Colonel Zol from Kamen Rider. Thank you, anonymous commenter!

I don't think I found the correct palette for him yet, but this is what I got so far:

Weird stuff. Oh, I found this in the trial, too: 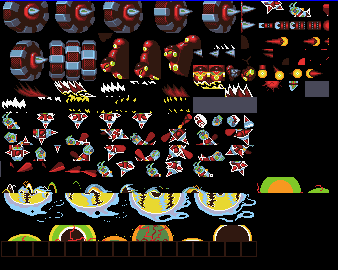 Looks familiar, right? It should. Rollin' Gear, a common enemy in Mega Man X5, was originally planned to appear in Mega Man X4. It was removed in the final game, but eventually found a home X5. It's missing several frames of animation, so this one was probably cut early on.

Aaaand that's my spiel. Feel free to dig around the trial version yourself. And if you happen to identify the mysterious, let us know!