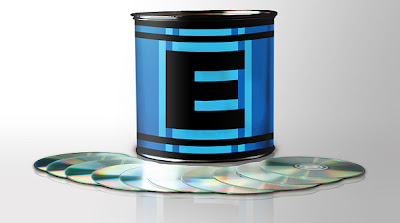 Dying to get your hands on the 25th anniversary Rockcan soundtrack collection but can't because it's an E-Capcom exclusive? Well, I have some pretty good news.

If you have a lot of extra money laying around, you may be interested to know that CDJapan are now accepting import preorders for the collection. The E-Tank steel tin, loaded with 10 discs of Classic series music, will set you back $222.95 USD from CDJapan. And that doesn't include shipping (varies upon location).

It remains to be seen if CDJapan will be the only import retailer stocking the set, but it's doubtful anyone else will offer it any cheaper. Be that as it may, I'll keep an ear out for you.

The Rockcan is due out on September 19th.
Posted by Protodude at 9:07 PM