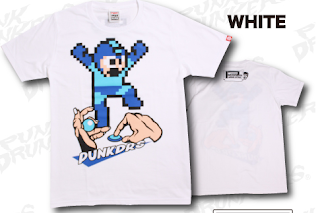 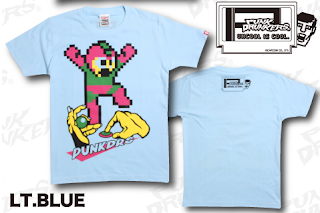 Those Rockman-themed hoodies from Punk Drunkers were just the beginning. Announced over at their official site, the Japanese clothing brand is gearing up to release a pair of Blue Bomber t-shirts in September. They will be available in white and light blue, retailing for 5250 Yen ($67 USD) a pop. Pricey? Oh yes.

To be perfectly honest, I'm not exactly feeling it here. I guess the white's okay, but the light blue? Yeesh. And those fingernails aren't making me feel any less unsettled. Gotta say, we've seen better.