A Closer Look at the 25th Anniversary Albums' Sprites

Yesterday we saw the cover art for the upcoming Rockman 25th anniversary rock and techno albums. One of the things about covers is that they are adorned with the sprites of Robot Masters. As it turns out, many of the sprites are actually new: for each Robot Master there is one new "hurt" pose.

At first glance, one could say they're straight out of Battle & Fighters which features similar comical hurt poses. But they aren't. These are freshly brewed sprites.

Cutstuff message board user geno tried his hand at recreating some of the new sprites, as seen above. The addition of color really shows off just how quirky they are. I mean c'mon; Pharo Man's eyes are about to burst out of his head!

You'll find the rest of the lot after the break.


Hard Man's face looks like it's ready to fall apart...

In the meantime, Rockman Corner reader PressStart went ahead and grouped both albums' sprites in a neat tapestry: 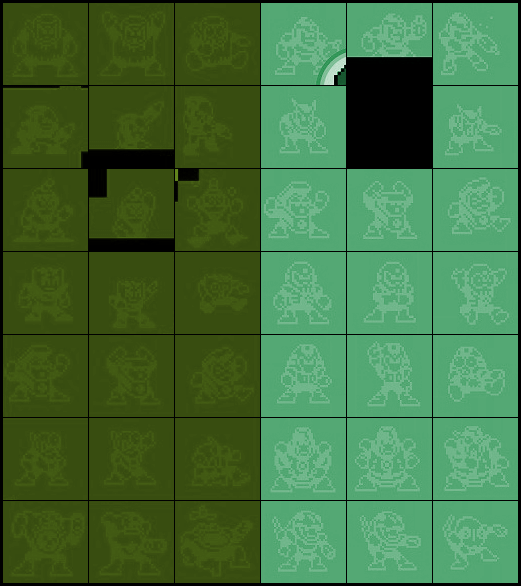 My absolute favorite has to be Air Man (third column from left, bottom row). It's a little hard to see as is, but that thing just above him is suppose to be his fan. It's been ripped right out of his chest! Or maybe it just fell out. Nah, the former is way more fun to imagine.

All in all, super quirky stuff. You can tell Capcom had a lot of fun putting these together!

Should anyone get to recreating the remaining sprites, I'll be sure to update this post.
Posted by Protodude at 8:11 PM