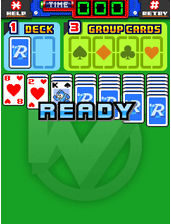 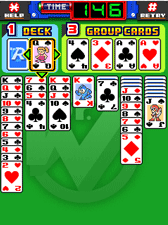 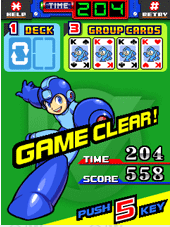 The first "new" Rockman game of the year released in Japan today: Rockman Solitaire. And well, uh, there's not much else to say than that, really. It's solitaire with a Blue Bomber twist! Rockman is the King, Roll the Queen, and Blues the Jack.

Like Rockman Sprite Logic before it, the game is flash based with no additional fees. Simply throw down a cool 315 Yen and it's yours. For a bite sized puzzle game, I have to admit that's a pretty kickin' pose of Rockman there. Sprite rippers, you've got a job to do!

Source: Capcom Mobile (via CapKobun)
Posted by Protodude at 7:30 PM