It's been a rough last couple of weeks for Mega Man fans, but UDON Entertainent has some good news that might brighten your spirits. This coming Wednesday, August 10 sees the release of three all-new Mega Man books! Mega Man Tribute, Mega Man Star Force: Official Complete Works, and Mega Man Gigamix Volume 2 are all hitting comic book retailers on the very same day.

As per usual, the release date for the likes of Amazon and other online outlets is a bit less precise, but UDON's Matt Moylan notes they should be receiving (and shipping) their copies the following week. Nevertheless, you're guaranteed to find all three books at comic book retailers on Wednesday!

What's UDON-related news without some delightful preview pages? We've got those too! Hit the jump for a handful of sample pages and more info on all three books. Worth a peek! 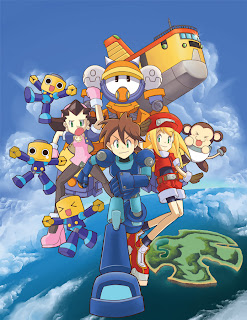 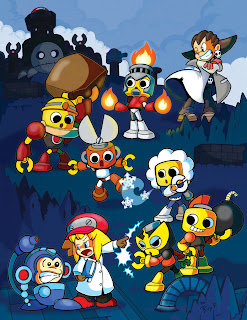 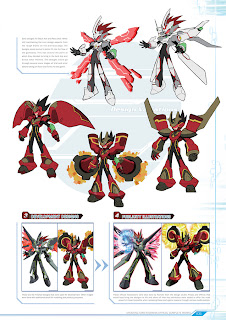 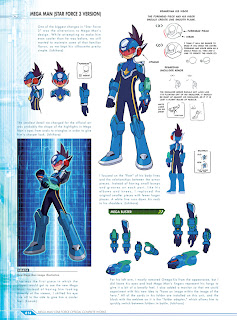 MEGA MAN GIGAMIX VOl.2
Volume 1 of Hitoshi Ariga’s latest manga was just a warm-up… Gigamix Vol. 2 is where Gigamix really kicks it into high gear! In this first half of the epic Stardroids saga you’ll see:
-          The destructive power of the Stardroids, Mega Man’s most powerful foes yet!
-          Doctors Wily & Light… on the same side?
-          Rush merges with another robot to form Super_____! (hint, it’s someone besides Mega Man!)
-          Proto Man, Bass, Roll, Dozens of Robots Masters from multiple Mega Man games, and more!
It all begins in Mega Man Gigamix Vol.2: “White Nightmare!”
A big thank you to Matt Moylan for the samples! Grab your Zenny folks; next week's a big one!
Posted by Protodude at 12:45 AM