Rockman X3 for the Panasonic 3DO No Longer a Myth

Nearly fifteen years ago, rumor spread that Capcom was planning to release Rockman X3 for the Panasonic 3DO. Because no media of the game ever surfaced at the time, its existence was thrown into doubt. However, newly unearthed scans from an ancient Japanese 3DO magazine have finally proven otherwise: 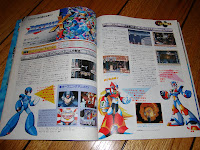 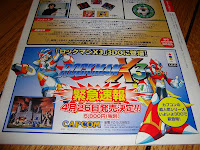 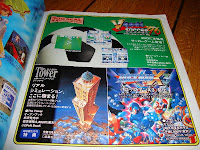 Rockman X3 for the 3DO was real after all. "Was" being the keyword, here. As we no doubt know by now, the game never released. Even so, we now have evidence talk of game wasn't just hot air.

3DO ZERO forum member bitrate found and posted these scans back in July. The article indicates the game was due for release on April 26, 1996 -- the very same day the PlayStation/Sega Saturn version hit Japan. Why was it cancelled? Look no further than the 3DO itself. Support for the system all but dried up by '96, leading many developers to jump ship. The console was officially discontinued by year's end.

From the looks of it, we didn't miss much. The 3DO version appears to be a 1:1 port of the PlayStation/Saturn version, animated cutscenes and all.

Still, I wouldn't mind getting my hands on it in some shape or form. Actually, the presence of a price tag (5,800 Yen) on one of the scans has me wondering if the game actually went gold, but pulled at the last second. If that's the case, perhaps physical copies are lying around collecting dust in a warehouse somewhere?
Posted by Protodude at 5:46 PM