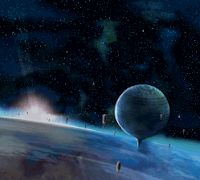 If you've participated in the effort to reinstate Mega Man Legends 3, you've no doubt heard of some sort of ominous event taking place on August 19. Misinformation surrounding the date has caused a flurry of rumors and misconceptions, eliciting both excitement and fear throughout many circles. Before things get really out of hand, I figured it'd be ideal to dispel the confusion right here and now.

Contrary to popular belief, 8/19 is not the day Capcom plans on terminating the Legends 3 source code. Keiji Inafune is not returning to Capcom, and no one's getting fired. Nope, nope, nope. In actuality, August 19's significant is rooted in the Japanese Devroom. On that day, at approximately 12:00PM, the Japan's Devroom and developer blog will officially shut down. What you see here will be no more in a matter of weeks.

Question is, will the North American Devroom be affected on 8/19 as well, or suffer a similar fate at a later date? Hard to call. As noted by Gregaman a few weeks back, the "North American Developer Room and its forums will remain open indefinitely." However, there is a noteworthy contradiction in a later statement: "The Dev Room will remain open in a limited capacity, so you can PM those people now and in the future. Gregaman has yet to clarify these statements.

If the North American Devroom was closing, I believe we would have been given a specific endgame date. That news could be forthcoming, mind you, but right now I seriously doubt it. In comparison to the Japanese Devroom, Unity's version has amassed quite the following, consisting of some 11,000 users. The forums are bustling with activity, so I see no legitimate reason to shut anything down.

In any case, I suggest anyone interested should make an effort to backup Devroom content For archival purposes. This includes posts, images, and other misc. assets. It'll take some time, but you should probably pace yourself to get the job done by 8/19 the latest just in case. Better to be safe then sorry.
Posted by Protodude at 12:05 PM