Here Are Your Most Wanted Figures 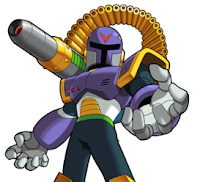 It's been a little over a month since we voted on our "most desired Rockman figures", and finally the results are in. The characters likely to be turned into figures are...


There's your top three! Good chance we'll see these guys immortalized in plastic in the near future.

Hop on over to The Mega Man Network and see where your favorite characters placed!
Posted by Protodude at 12:18 PM