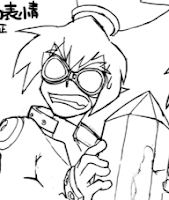 Mega Man Legends 3 was supposed to launch right alongside the Nintendo eShop on June 6, right? Unfortunately that's no longer the case -- it's been delayed, reports Famitsu.

According to Famitsu, Capcom chose to delay the game as a means to improve the quality of the product. A new release date has not been determined. Meanwhile, as of this writing, Capcom Japan nor Capcom US have yet to announce the delay on their respective Legends 3/DASH 3 communities. That news should be forthcoming, however.

Disappointing, to say the least, but hopefully this will lead to a far better game. We'll keep an ear out for the new release date, but I think it's safe to say Prototype will release after E3.

Source: Siliconera
Posted by Protodude at 11:33 AM