Just in case you forgot how adorable they are, here's a small batch of new photos of MegaHouse's upcoming mini-Rockman figures. These little guys aren't due out for another month, unfortunately. For some, the wait has been killer! 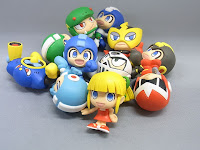 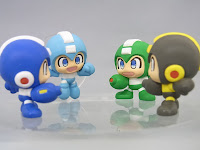 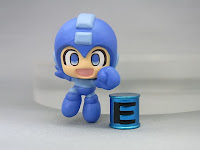 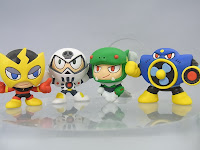 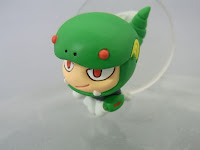 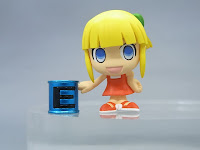 Twelve figures are being planned for release sometime in June. The 30mm figures are based off of the likeness of numerous classic series characters, however, it seems the initial line is focusing solely on the earlier characters; don't expect a mini Forte or Duo just yet.

Following in the footsteps of Bandai, MegaHouse intends to release the figures in a "trade" manner; in other words, you'll be purchasing them at random. But, wait! Amiami's got you covered. The retailing is offering pre-orders on a box set, which will save you the hassle of duplicates and increasing the chances of obtaining the complete collection in one fell swoop. The Price? ¥3,640 or roughly $43.90 US. And that's after a discount!

In case you're not too fond of Amiami, more online shops will likely warm up to stocking the figures as June draws closer. Then again, it's doubtful they'll have them any cheaper.
Posted by Protodude at 2:03 AM