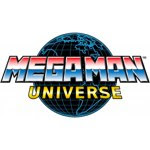 Unfortunately, I'm not at Comic-Con this year, but my buddies from Eye Lazor Beams and the folks over at 1Up are. The 1Up crew are currently live blogging Capcom's press conference, which you can follow right here.

Mega Man Universe details will likely be revealed at the show, so expect to hear news about the title throughout the night. I'll be posting the relevant details from both 1Up's live blog and ELB after the break for your convenience. Should screen shots, videos, etc. come out, I'll be posting those in a separate post. Check back often!