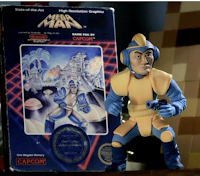 Nothing too spectacular going on right now, the site is limited to a mere two pages: the Unity page contains links to Capcom Unity's various posts and Tweets, and the movie page where you can watch the trailer for the game. Yup, that's about it.

Curiously, the site makes constant reference to the "Mega Man Universe" name and not "Rockman Universe." Perhaps the game will simply be called Mega man Universe in Japan? Makes sense, especially when you recall that the MMU title was even registered in the Japanese Trademark Offices.

Hopefully we'll be seeing some significant updates in the future.