The official box art for Dead Rising 2 was revealed today. The illustration focuses in on protagonist Chuck bracing for an impending zombie horde; among their numbers shines a familiar face... 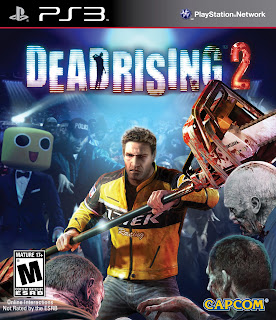 Quite the pleasant surprise, no? It's so adorable, it almost seems out of place!

The DR2 Servbot love doesn't end there: A miniature Servbot head will be included as an accessory to a 12'' zombie figure in the limited edition version of the game, seen below. 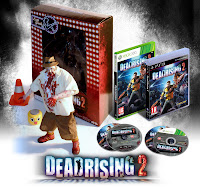 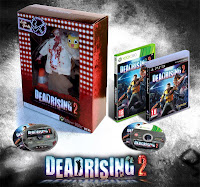 Unfortunately for Western fans, the set is exclusive to Europe -- for now, atleast. Nevertheless, it's great to see the iconic likeness of the Servbot getting this kind of attention. Makes you wonder just where he'll appear next!

For more of today's Dead Rising 2 announcements, head on down to Capcom Unity.
Posted by Protodude at 3:26 PM