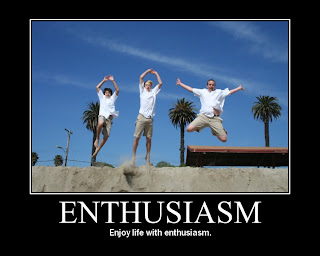 “The moment you've been waiting for is here! We're not just giving you Rockman 9, we're giving you a new Famicom/NES game. This is a game that brings back the fun of the old games, and I hope you all enjoy it!" -Keiji Inafune


There seems to be little no no enthusiasm concerning the graphics of RM9. Why? We've waited a good long eleven years for this, many had hoped RM9 would be a 2.5D outing (ala RR) but this is not the case, as RM9 is in full blown Famicom 8 Bit.

Is Capcom lazy? Or are they actually paying homage to the game play and graphics that made our franchise so great? You've got to applaud Capcom, an 8 bit game is this day and age? With a market that is clogged with HD games, FPS shooters and causal games, it's great to see a developer step up to the plate and introduce something “new.”

Sure, the graphics are a step back from what was established in RM8 and onwards, but this is clearly a game to celebrate the franchise's roots.

“The reason this game as a 8bit style game, is because fans being the most acquainted to that style since the birth of Rockman more than 20 years ago. Since fans has been playing the first games in the series an unlimited amount of time, and portraying his classic style in both fan productions on the internet and T-shirt decorations, it felt just right to bring the revival of our classic Blue Bomber back in a style that's most familiar to everyone. Being able to test the limits of 8bit graphics on a current generation home console seemed like a fun idea to pick up on.”

The way I see it, RM9 is being developed as an 8bit title to appeal to gamers who want a “fun and easy pick up and play game.” The older 8 bit Rockman games required no fancy controls to memorize, we simply had two buttons and four directions. It's the perfect type of game aimed at this demographic. Pick up and learn as you go.

Let's say you're still not convinced. You refuse to buy RM9 because the game is based upon a style not seen in fifteen years (Rockman 6). You view it as laziness on Capcom's part. They had eleven years to develop the game and this is what we get? What do you do?

Wait and see about the confirmed XBLA and PSN versions

It's highly possible the XBLA and PSN versions of the game will feature somewhat upgraded graphics to meet the standards of Microsoft and Sony's downloadable games. Neither of the two gaming giants would allow such a game on their services, thus modifications will have to be made.

It's a shame to see long time fans pan RM9 because of its presentation. As for me, I'm fairly excited for the title to come to fruition.

Now, all we need is a release date and I'm good to go.
Posted by Protodude at 8:26 PM