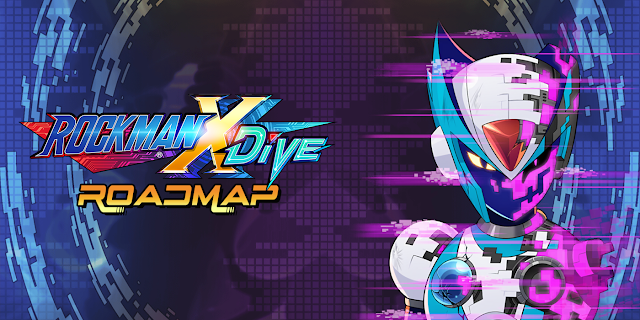 Just like before, Capcom Japan and Capcom Taiwan took to social media to give players a peek at what's in store for Rockman X DiVE in the coming months. 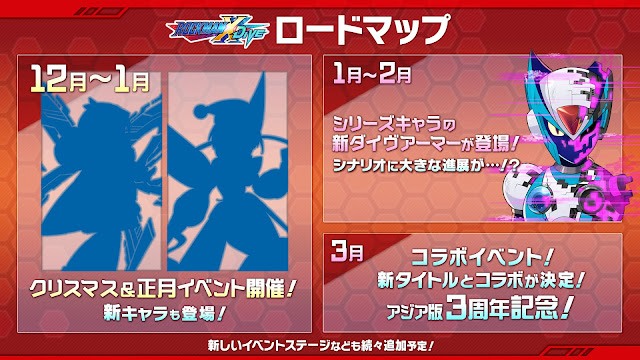 First we have the roadmap published by Capcom Japan on Twitter. From December to January 2023, the game will feature the typical Christmas and New Year events with a new character joining the cast.
From January to February, a new DiVE armor character based on one of X DiVE's original characters will become available. The game's story will progress greatly as well. And finally, in March, there will be a new collaboration event with a Capcom IP and the 3rd Anniversary celebration of the Asian version release.
Next we have a new DiVE Time video with producer Yoda Hideto. He presents us with Capcom Taiwan's take on upcoming content too.
The Christmas character for the year will be Christmas iCO. Not only does the silhouette give it away but last year's Christmas event  —Toll of Christmas Bell from Afar -- iCO was foreshadowed as the next character in line to get a Christmas costume after RiCO got one.
Next we have the announcement of an original character getting a DiVE Armor. Upon closer inspection, the silhouette includes wings with an R-shape... the same way other DiVE Armor characters like X, Zero and Axl have wings shaped like the first letter in their names.
The silhouette includes something that resembles RiCO's hair ribbon too. It could very well be DiVE Armor RiCO.
At some point between January and February, the story will advance. Hideto recommends players to finish chapter 19 to get prepared for what's to come. It's safe to assume they are teasing chapter 20, which will conclude the current storyline.
Finally, we haves a new collaboration with a Capcom IP coming in March. This time, it's going to be a an IP that hasn't crossed paths with the game before. In other words, it won't be Monster Hunter or Street Fighter. It will be a very popular IP according to Hideto. Maybe Devil May Cry or Resident Evil? Take you best guess in the comments!
Posted by Reploid21XX at 10:10 AM