This week the global version of Mega Man X DiVE celebrates its 1st anniversary since the game launched in Europe and LATAM. What's more? The NA server gets a dose of Battle Network content. 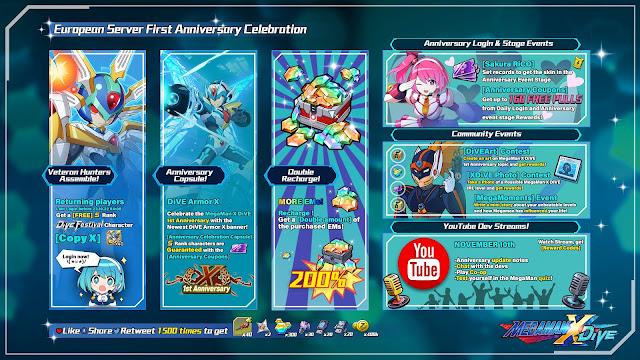 Just like with the NA server 1st year anniversary, there are plenty of things going on for the next two weeks in the EU and LATAM servers.

Starting next Wednesday, DiVE Armor X flies to the EU and LATAM servers for the global version's first anniversary. Further,  the "ViA's Deep Log Training" event stage will give players the chance to get memories of X (Rising Fire Ver.) and coupons to activate the Anniversary Celebration Lucky Capsule (by playing the event stage and login everyday).

Lastly, the developer will be holding special activities to celebrate the anniversary. Check the image above for more details.

A special anniversary stream is expected to take place on November 10th around nighttime (European time). You don't want to miss it; there will be tons of free rewards. 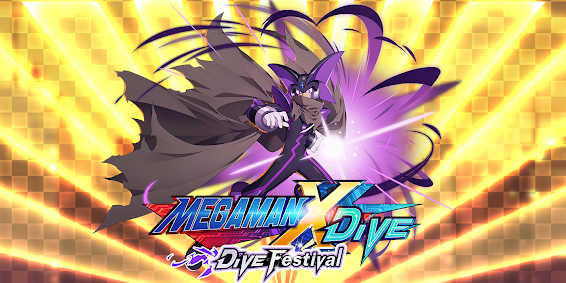 For the NA Server, the next DiVE Festival is taking place. It brings Bass XX with a single free 10-pull.

The "Network Domination Project" event stage will go live this Wednesday and features none other than Life Virus R from Mega Man Network Transmission as the stage boss. The stage will give players the chance to obtain event-limited cards, memories of MegaMan.EXE, and the typical rewards.

MegaMan.EXE Hub Style and Roll.EXE won't be available this week but they are coming very soon.