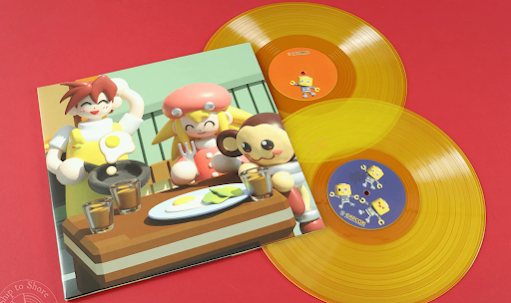 Not too long ago, Mega Man Legends 2's OST was re-released on vinyl and cassette. Previously only available in 2009 on a pack-in CD with the Capcom Special Selection limited edition art books, this marked the first time the OST saw a physical commercial release. But the journey to get there was no easy feat.

Marshall Arts' Jeff Roberts recently held a discussion about the process behind publishing video game music onto vinyl (and other formats). Around 26 minutes in, he talks about Mega Man Legends 2. Jeff goes on to reveal that Capcom only provided Ship to Shore with 17 cues or roughly 30 minutes of music. They didn't save the rest of the soundtrack. Yiiiikes.

Unable to release Mega Man Legends 2's score in an incomplete state, Ship to Shore approached Jeff for help. Jeff went on to record about 50 cues from the game itself... but that wasn't enough. He got in touch with a fan named SquareSoft74 who had been working on reverse engineering the game's compression format. By combining their efforts, Jeff and SquareSoft74 were able to submit 88 tracks (roughly 2 and half hours of music).

However, only 43 cues could be included on the vinyl/cassette release. Jeff goes on to elaborate that some of the tracks not included were "redundant, alternate versions that didn't really add that much." Either way, they were able to supply more than Capcom themselves.

Jeff and SquareSoft74's work went uncredited in the final release, unfortunately. And honestly speaking, that just sucks. Jeff summed it up best here:

"I think it goes to show that odds are, passionate fans are better equipped to get high and complete audio sources, especially when it comes to classic game hardware."

While I plan on continuing to support these kinds of re-releases, I really hope Jeff and these passionate fans get their due. None of this would have been possible without them.