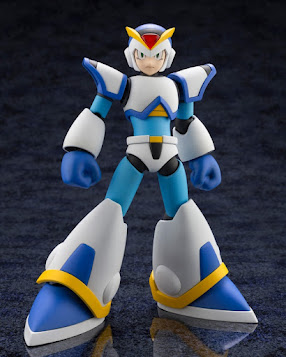 We breakdown the specifics of this highly anticipated kit after the jump below! 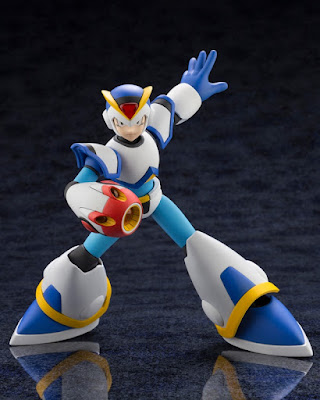 Before we get down to business, I just need to say that this kit looks absolutely incredible.  First Armor's simple design really lends itself well to the Kotobukiya mold. But what does this kit come with? 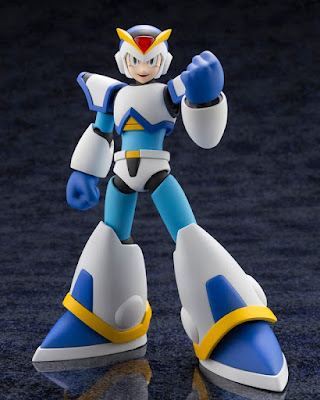 Full Armor X will come with three faces: a stern face, a shouting face with eyes facing forward, and a smiling face that's different from the one that came with the Fourth Armor kits. I love seeing these new faces; they really add a lot of character to your display. 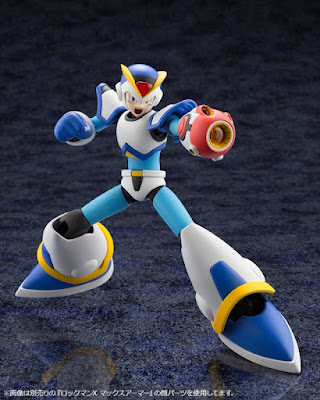 X will also include an X-Buster that can be used on either arm. Accompanying the Buster is a charge shot piece that can also double as a... 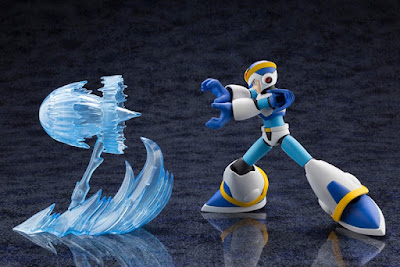 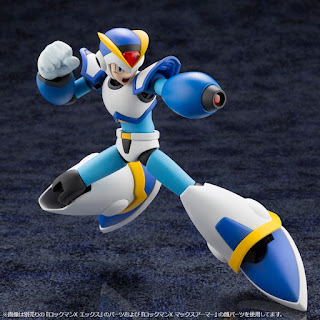 Like the rest of the kits, you will be able to mix and match parts from other X kits, so get that sense and skill ready for action...you know, seeing X with all of the Armor pieces except the arm parts makes me really wonder if a certain red robot's first design is coming sooner than later... 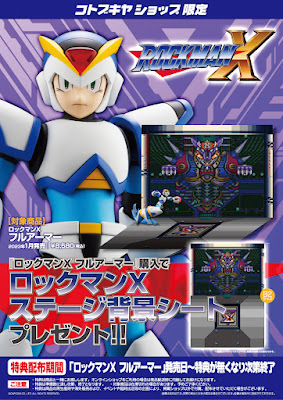 Lastly, if you are lucky enough to be able to order from Kotobukiya Japan or to live near a Kotobukiya storefront, you will be able to get this nifty background as an order bonus. The background depicts Wolf Sigma from the final battle of the original Rockman X.
As for the rest of us, our friends at HobbyLink Japan already have Rockman X Full Armor available for pre-order at the price of $53.22 USD, so order today to get him as soon as he releases.
And as a reminder, Kotobukiya's Rockman.EXE kit is set to release at the end of this month. Dark Rockman.EXE is also releasing soon, set to release next month. Rockman fans will be eating well thanks to the fantastic work of Kotobukiya. And we still have several more kits coming, so let's continue looking forward to the future.
Posted by ColeManX at 11:02 PM