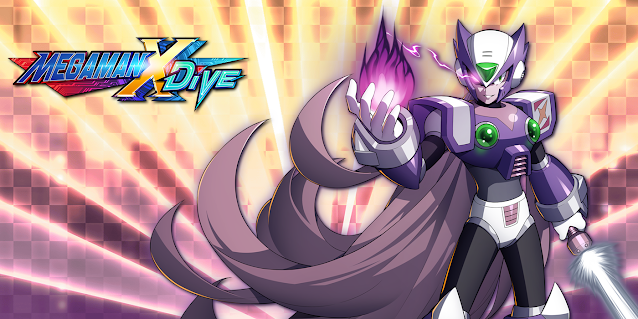 Next week on global version of Mega Man X DiVE, the North American and EU servers will see the arrival of Zero Nightmare. Meanwhile, the LATAM server finally get Iris -another- and much more. The NA and EU servers will celebrate another DiVE Festival starting next Wednesday with Zero Nightmare as the featured character in the gacha capsule. As always, you can expect a single free 10-pull.

What's more? The NA server will get the Character-only Capsule featuring Rogue, Harp Note and Dynamo. The Permanent Hunter Capsule will be available too and features Second Armor X, First Armor X and the weapons Nightmare and Beam Machine Gun.

On the other side of the river, the EU server will get a Weapon-only Capsule featuring Arc Cracker, Assault Rifle, Bubble Bomber and Gator Fans.

The Character-only Capsule featuring Rogue, Harp Note and X -kai- will be available for the EU server too. The Element Metal (paid) "only" capsules guarantee an S rank character or weapon. Next, the LATAM server will get Iris -another- and the event stage "Trial From The Supreme Commander" which lasts two weeks. The capsule comes with a single free 10-pull.

The event stage will explain the origins of Iris -another, allow players to fight the supreme leader of the Repliforce. Players can also get the A rank saber Replisaber plus the card "The supreme commander of Repliforce".

The LATAM server will get the same Weapon-only and Character-only Capsules the EU Server is getting.

We're happy to team-up with the developers again to give players some free Elemental Metal. We have a code for 100 EM & 100.000 Zenny this time. It can be redeemed once per account.

To get the goodies, use the code DIVEBONUS in the settings menu. Click on Activation Code, type in the code and press OK.

The code is available for ALL SERVERS and will expire on Sunday 11:59PM EST.