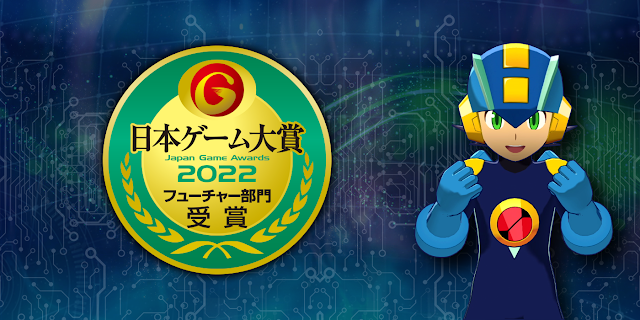 This year Tokyo Game Show is done and dusted, and while nothing too noteworthy was announced on the last day, we still have some things to talk about as we wrap up. 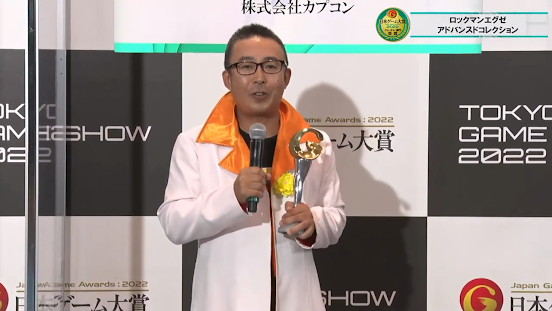 Every year the Computer Entertainment Supplier's Association (CESA) who organizes the annual Tokyo Game Show celebrates the Japan Game Awards. One of the accolades is the so-called "Future Division" which awards highly anticipated games yet to be released. Votes come from the general public, regardless if they atteded TGS or followed the event from home.

Mega Man Battle Network Legacy Collection won the Future Division award among 10 games including Street Fighter 6 and EXOPRIMAL from Capcom. Other heavy-hitters like Final Fantasy XVI and Sonic Frontiers walked away with the award too.

Accepting the award was none other than Masakazu Eguchi. You can see his acceptance speech (in Japanese) here!

Next we have the final Capcom TV broadcast from TGS. The Legacy Collection segment featured Akiko Kimura, the voice actress of Rockman in the Rockman EXE anime.
She shared various memories about her involvement with the anime series, showed the audience the script from the anime's first episode and even read some lines as Rockman.EXE to delight the audience.
Mega Man Battle Network 4 was showcased as well. We had the chance to see a new animation of Rockman in the menu. Lan's NetNavi turns his back to the camera and started singing the Mr. Quiz jingle. How charming!
And that's a wrap for this year's Tokyo Game Show coverage. While we wait for Capcom to reveal more info about the collection's online functions and release date, we can look forward to the new Rockman.EXE model kit coming out this month. It will be followed by te Dark Rockman.EXE model kit in October.
If you want to preorder them and help us a little at the same time, you can check out our affiliate links from HobbyLink Japan below:
Rockman.EXE | Dark Rockman.EXE
Posted by Reploid21XX at 10:53 AM