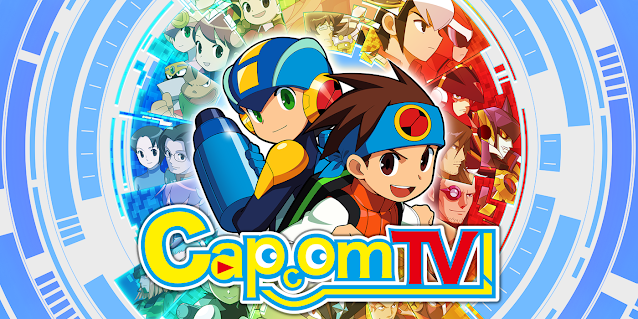 What's more? The control scheme for the Nintendo Switch and PlayStation 4 versions were revealed too.

Find this and all the details after the break!

Hajime Syacho, one of the most popular Japanese YouTubers is being invited to the program to share his memories playing the Battle Network series. Gameplay from Battle Network 1 will be featured. When the time comes, you can watch it here.

Akiko Kimura, the voice actress of Rockman in the Rockman EXE anime, will be on-hand to share memories of her work from the anime series. Battle Network 4 will be showcased during this program; the game itself is not available to play on the showroom floor. That stream will be here.

Both segments have an approximate duration of 1 hour and they will be available only in Japanese. 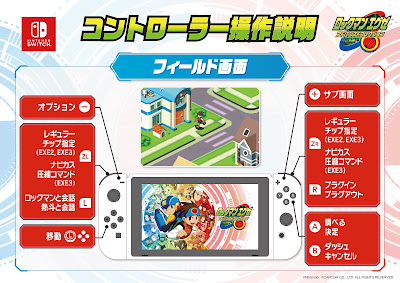 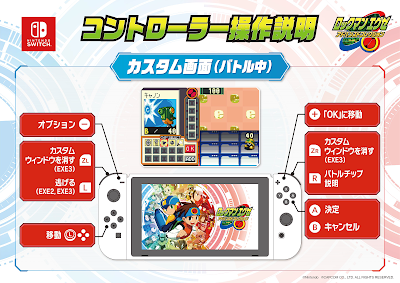 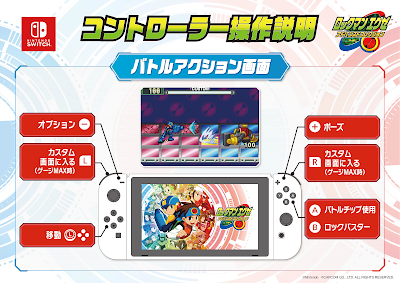 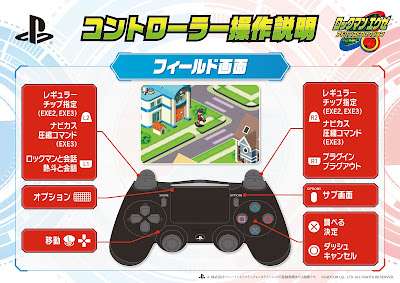 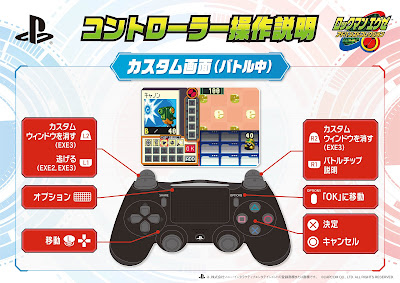 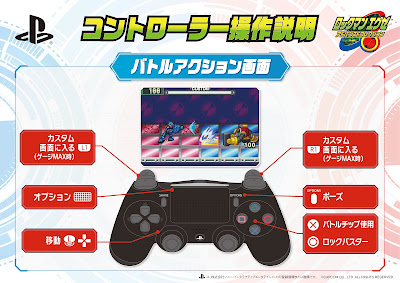 Mega Man Battle Network 1 through 3 will be available to demo on the TGS showroom floor. Capcom are giving players a chance to learn the controls ahead of time. Check them out above.
It's pretty much what you'd come to expect from the original games' controls, not to mention how previous Legacy Collections used the "-" and "+" buttons on Nintendo Switch or the "touch panel" and "options" button on PlayStation 4.
We're one week away from the showcase. Look forward to it!
Posted by Reploid21XX at 4:48 PM