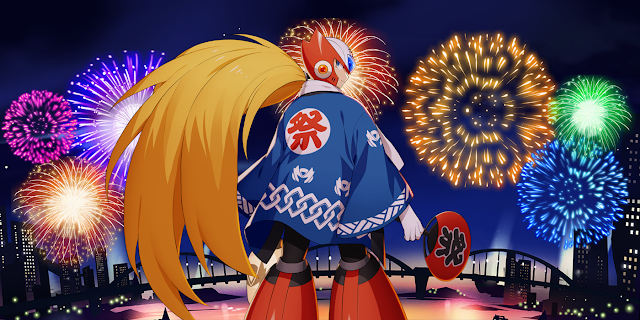 Next week on the global version of Mega Man X DiVE, the North American and EU servers will celebrate the Fireworks and Lantern Festival, plus the LATAM server finally gets the second Monster Hunter Rise collab!

Starting next Wednesday for one week the NA and EU servers will see the arrival of a new gacha capsule with the limited character Festive Zero and the launcher weapon Cannon God. The capsule is packed with a free daily 10-pull! Festive Zero's DNA Code will be available too!

What's more? By playing the event stage, players will have the chance to unlock the limited A-rank saber Festive Specialty. It comes with an HP recover passive skill among others.

The following packs will be available in the store as well. 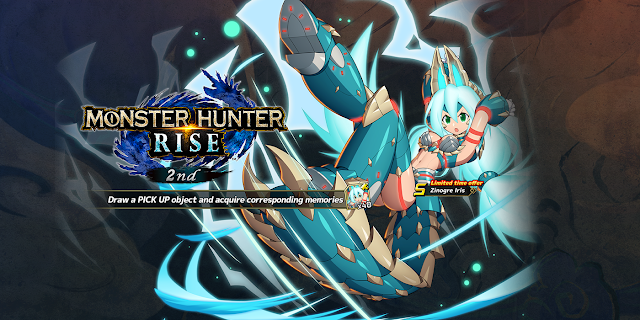 When it comes to the LATAM server, next week marks the beginning of the second Monster Hunter Rise event which brings Zinogre Iris in the first week and Crimson Valstrax Zero in the second week in a separate capsule. One free 10-pull will be available in this capsules.

The Challenge from Master Utsushi will ask players to complete tasks to earn Kamura Tickets that can be redeemed for various rewards.

Lastly, the Relentless Hunter Event will grant players that spend Elemental Metal some neat rewards with 40 Hunter R Memories as the ultimate reward!

Enjoy the hunt or the festival, whatever applies to you!