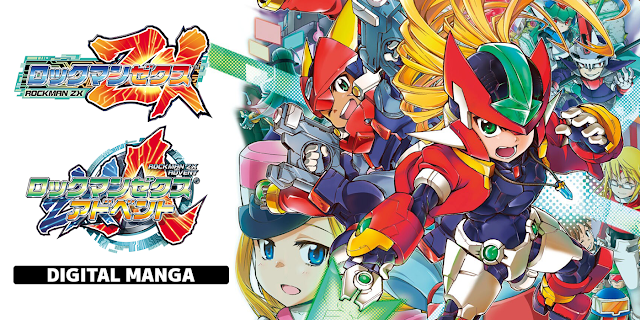 The ZX manga was originally published in 2007 by Enterbrain and later reprinted in 2020 by Fukkan. The reprint featured brand-new material and the ZX Advent manga which never saw light outside its initial serializtion within the pages of Famitsu DS+Wii magazine.

Hopefully Rockman 7 and Ryo Takamisaki Rockman Works SSR will be next!