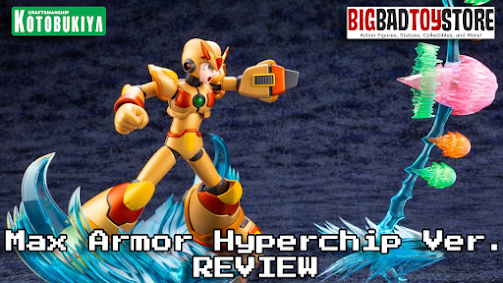 Before the Ultimate Armor, Mega Man X's most powerful form was the Max Armor Hyperchip Ver. seen in Mega Man X3. Well, Kotobukiya finally re-released their take on this ultimate form... but how did it turn out? Join me after the break to learn all about it! 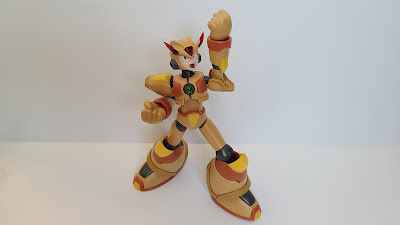 The Hyperchip Ver. of the Max Armor (AKA the Third Armor) always had quite the striking look. After collecting all of the power-ups in the game and finding a hidden Pink Light Capsule in Doppler Stage 1, X is rewarded with a golden make-over that enhanced all his abilities. To date, this is the only time X swapped an armor for a full gold variant. It created a very striking look.

The first thing you will notice about this kit is the type of gold coloring. While not bad by any stretch, I'm honestly surprised Kotobukiya decided to not use the same kind of iridescent plastic from th Premium Charge Shot kit. Again, what we got isn't bad; in fact, it's a nice dark shade of gold that's rather easy on the eyes. 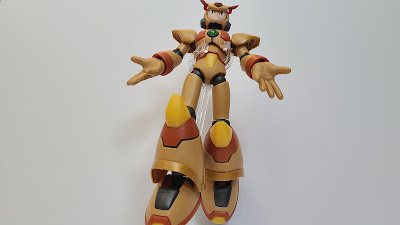 Now, if you've seen our Third Armor kit review, the exact same highs and lows can be found here as well. The fins on the helmet fall off very easily, definitely my biggest gripe with this kit. Some of the lining on the sides, back and underwear (is that what we call it?) aren't painted, but that can be fixed with a Gundam Marker. The articulation, as usual, is superb. You're able to get X into any pose you could possibly want. Let your imagination do the talking. 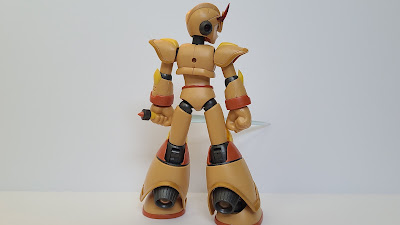 When it comes to accessories, this kit comes with a neutral face, a shouting face (facing forward), a grimacing face meant to emulate the main art of the Third Armor from the original game, the usual set of hands (now in gold!), a Buster, a Z-Saber handle (no blade included), gold hands to hold the Z-Saber, and a big Cross Charge Shot effect piece. The Cross Charge Shot is a large, well-crafted piece that can stand on its own and includes all five blasts. 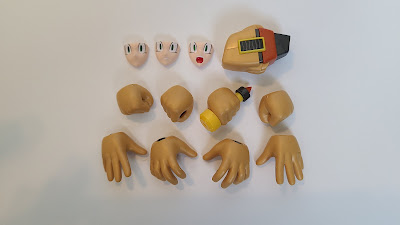 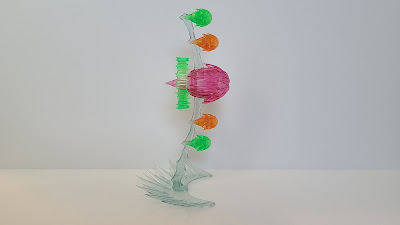 The kit doesn't come with a Saber blade. But with a little sense and skill (and the purchase of the Zero kit or Third Armor kit), you can still display X with the most overpowered weapon in his arsenal. So have fun with whatever you come up with! 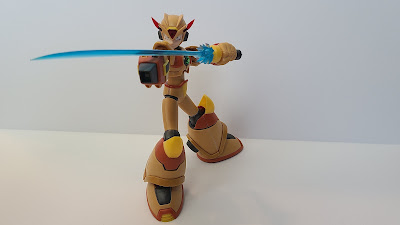 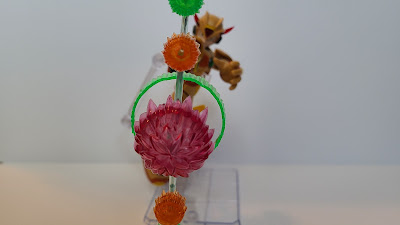 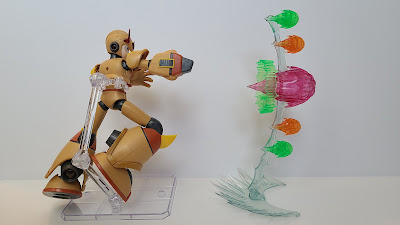