Behind DiVE Armor Zero's Design: An Interview with Keisuke Mizuno 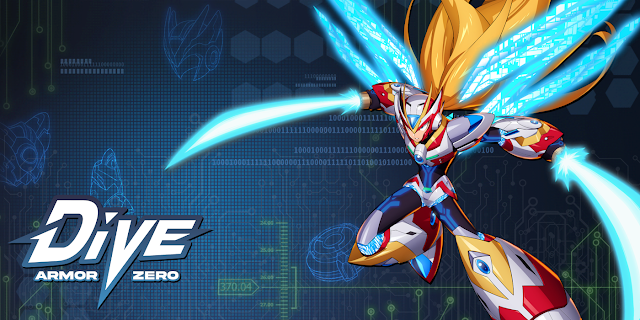 With DiVE Armor Zero making his debut earlier this week, Capcom Japan took social media to show players the creative process behind his design. What's more? They included a brief six part Q&A with Keisuke Mizuno that hints at another "DiVE Armor" character coming soon, too. 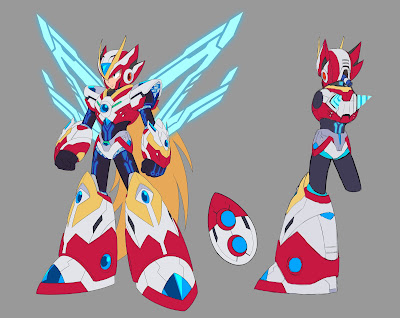 "Zero DiVE Armor" mini-interview with Capcom designer Keisuke Mizuno!
The armor has a horn-like component on the head, which has never been seen before on Zero.
The Zero DiVE Armor was designed based on the in-game armors and fused together. I think it turned out to be quite innovative because the previous Zero looks did not have horns.
Why are the two circle-shaped parts on the chest that were on Zero before absent this time?
Before we talk about Zero, let's talk about X. Because X has a simple design, he looks good no matter what kind of armor you put on him, or rather, he is still X no matter what kind of armor you put on him.
This is not the case with Zero, which is why we had so much trouble with the previous "Crimson Valstrax Zero."
For Zero this time, I thought about the iconic parts of Zero, which parts symbolize Zero, and which parts are the most important and must be kept when the shape of his body changes.
In my opinion, the head crystal and silhouette are the most important parts of Zero.
Other iconic parts (for example, the circle-shaped parts on the chest in this question) were boldly changed.
I also retained and represented the elements of Zero by color, rather than by parts or shape, such as the green of the lines, the yellow of the collar, and the red, the color that symbolizes Zero. The shape itself has been drastically changed to attempt to create a new Zero!
The wings look like the letter Z.
This is in accordance with the X wings on the X DiVE Armor as well. We have retained this as a characteristic of the DiVE Armor.
So, for example, when the Axl DiVE Armor appears, will it also have A wings?
At this point, that's something we'll have to wait and see (laughs).
The joints seem like they have electromagnetic (?) effects, but is this a characteristic similar to the X DiVE Armor?
Yes, it is. This is also a feature of the DiVE Armor.
The DiVE Armor series is not based in reality, but an "electronic body" created by RiCO in the cyber world of Deep Log, so, like X, it is a design that can only be expressed in Deep Log and is not suitable for materialization.
Therefore, it may be a difficult design to make into a plastic model or a figure.
The Zero DiVE Armor seems to wield two swords.
First of all, I heard that the concept was "dual sword wielder Zero," so this pose is a way to showcase it to the fullest. It's so cool, isn't it? He's like a military commander. It seems that Zero has finally reached this level of representation in the world of X DiVE.
In the latter half of the Rockman X Series, X often appeared with a saber, but I guess when you think of the saber, you think of Zero.
------------------------------------------------------

The interview strongly hints that Axl will be the next "DiVE Armor" character. With only his regular form from Rockman X7 and the White Day alt, I think it is safe to say it will be a welcome addition to the game.

Will Axl follow the previous "DiVE Armor" character pattern? Will it be based on his level 90 armor set We may find out soon!