Rockman X DiVE - The Hat and The Mysterious Art 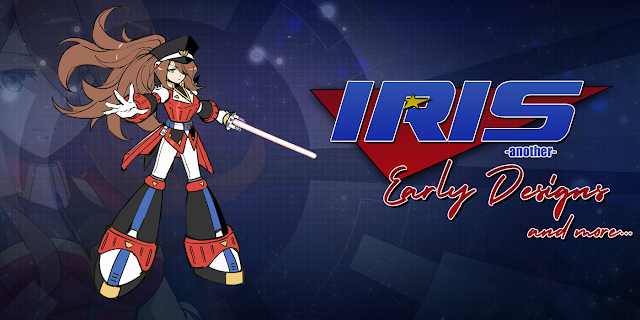 Few things in Rockman X DiVE have caused more discussion among fans than the introduction of Iris -another-. In the midst of it, the development team released some early concept art, explaining the thought process behind her design.
What's more? As part of the "Half-Anniversary" of Rockman X DiVE's Japanese release, two new pieces of art have come to light that you don't want to miss!
Find all the details after the break! 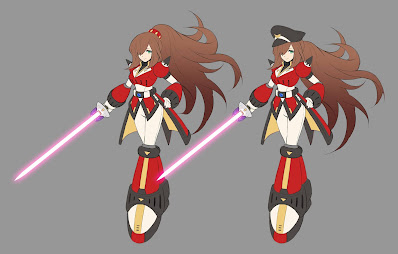 First shown in this week's Maverick Information video and later in the official Facebook page, we had the chance to take a look at Iris -another- early designs. According to the development team, the intention was to use the original Iris as the base and add some visual features from Colonel.
Two of the above concepts feature Iris sporting the traditional Repliforce military cap and armor. But, according to the development team, they decided not include those features because it didn't fit their vision. Instead, they opted to keep her original top, symbolizing that she still maintains her "heart of peace". For the legs and arms, as they are meant for battle, they used Colonel's design.
The development team also gave her an overcoat instead of her classic dress and leaned heavily towards Colonel's color scheme in some parts. Together, these elements tied up the design, resulting in a perfect combination.
A lot of fans are really loving these early concepts, particularly the hat and eyepatch. Let us know what you think in the comments! 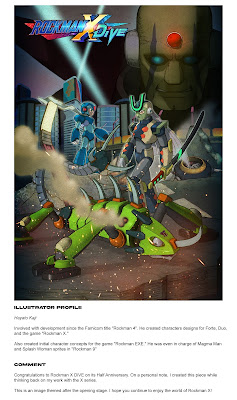 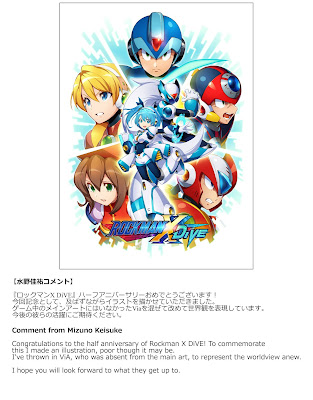 As part of Rockman X DiVE's Half-Anniversry, Capcom Japan are giving away (via lottery system) ten acrylic art pieces drawn artwork by Keisuke Mizuno. Further, players that complete the Half-Anniversary Challenge will be awarded a unique piece of art drawn by Hayato Kaji, limited to ten people. You can read what the artists have to say about their pieces above. Many thanks to Midori for the translation!
Hayato's artwork is rather interesting, isn't it? X with a white scarf, Sting Chameleon with a design that seems to be very close to his design in Maverick Hunter X and a mysterious armored character with a katana and long white hair. This all takes place in the Highway Stage from the first Rockman X game with an ominous Sigma looming in the background.
Hayato says that he drew it while thinking on his work in the X series. He was involved up to Rockman X4, at least when it comes to credited work.
What do you think about it? Let us know!
Posted by Reploid21XX at 9:19 PM