The Entire Rockman X Novel is Now Available in English 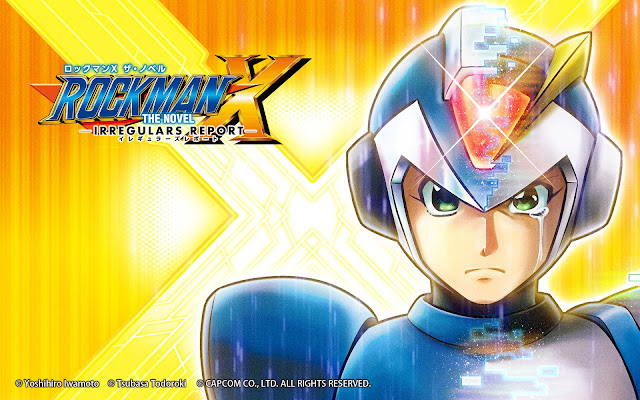 Originally released on January 26th, 2017, Rockman X The Novel -Irregulars Report- is the novelization of the Rockman X1's plot, but it's not actually based on the game. Instead, it's based on the manga adaptation by Yoshihiro Iwamoto. The book, written by Tsubasa Todoroki and published by PHP Institute, contains more than a dozen new black & white illustrations by Yoshihiro Iwamoto himself.

Shortly after the release of the novel, a group of fans began to translate it to English. Unfortunately, the project came to a halt at the end of 2018 with the release of the third chapter. Fast forward to today, we are happy to report that the novel has finally been translated, thanks to the efforts of our good friend Sidier. Sidier should be familiar to most of you, as we have published many articles with his translations.

For your convenience, we have consolidated both translations - the original three chapters and Sidier's work - cleaned up the illustration scans and made a single PDF archive so you can read the book on a tablet. You can download it here.

With the help of our friend Hyper we also made an Ebook/EPUB version to make it easier in your eyes if you want to read it on your phone. You may encounter some text formatting issues depending on the reader you use, If you are an Android user I recommend you to use Moon+ Reader. You can download the EPUB version here.

We don't know if the novel will ever receive an official translation to English or other languages. In the meantime, you can support the publisher buying the Japanese edition here.
Posted by Reploid21XX at 2:30 PM