With millions of downloads since launch, it goes without saying that Teppen is a success. Players around the world are enjoying the ultimate card battle game, which pits Capcom heroes against one another in a fast paced, visually rich and easy to understand rules. But from day one, Teppen caught everyone's attention thanks to the game's beautiful illustrations that bring life to heroes and villains from Street Fighter, Darkstalkers, Resident Evil, Monster Hunter, Devil May Cry and, of course, Mega Man.

Among the artists that contributed to the game, there is one in particular that caught the eyes of many Mega Man fans, thanks to cards like "Attack From Above" or "Fake Intel": Alwyn Talbot. We at Rockman Corner were fortunate enough to have the privilege to hold a quick interview with Mr. Talbot. Read it after the break!

Thank you for taking the time to answer our questions. Can you introduce yourself?

What made you want to become a concept artist and illustrator?

I was that kid at school who could draw. When I was four I would be brought up in front of class to draw on the board when the teacher ran out of stuff to do. My dad is a comic artist so growing up I never considered anything else as even an option.

Drawing was always my go to, most folks would watch tv, I’ll be listening to music and drawing for hours. It was only after a few lost years after university that was straight up told by a friend of mine in the games industry that there could be a place for there.

I started at Software Creations in 2000 as an animator working on the Game Boy Advance. After just a couple of months the creative lead past my desk and saw my sketches. He immediately brought me on to their console title Gladiator Sword of Vengeance as a concept artist. Real dream come true stuff.

You worked on the Power Rangers (2017) movie. How was that experience and would you say it's your most notable work?

I really enjoyed the work on Power Rangers, lots of iterations of character/costume design for Rita. People never got to see some of the more out there ideas unfortunately!

I think that and Teppen has to be the biggest franchises I’ve worked on.  I’m still quite proud of working on Judge Dredd for 2000AD one time.  Most of work has been for games.

You've worked on comics, movies and video games. Which medium is your favorite?

Any really. Though I don’t do comics any more but I would love to do some covers though. Given the serious sci-fi slant of my portfolio, that’s what people usually come to me for. Though the draw of films is very big to me.

What is your dream job as an illustrator?

I just like being involved in cool projects, the more scope for creativity the better, environments and characters. Failing that, working for at Atomhawk or OnePixel Brush.

Who are some of your favorite artists and sources of inspiration?

Love Brandon Liao, Pasc Blanchéal, Ian McQue, Marc Simonetti and greats like Feng Zhu and Ralph Mcquarrie. People like this force me to be better.

How did you find yourself working on Teppen? Did Capcom/GungHo reach out to you or did you apply for the job?

I was contacted by out of the blue, they must have found me on my ArtStation portfolio.

What kind of tools did you use to make your Teppen illustrations and how long does it take to make one single illustration?

I work almost exclusively in Photoshop. Each illustration took about 2 to 3 days.

Were you familiar with Mega Man before getting hired to work on Teppen?

Yeah, I played the first Mega Man X game on the SNES.

What kind of research or reference materials did you use to draw your Mega Man illustrations?

CAPCOM supplied original character designs and screen shots. I watched a load of footage too to get the vibe for settings and movement.  Lots of fun.

Did Capcom/GungHo provide any guidelines or did you have complete freedom when drawing your illustrations?

They were understandably very precious of their characters, it was great to work with people so passionate about the IP.  We would send sketches back and forth until it was definitely something the real fans would be in to.

If you have the chance to come back to do more work for Teppen, what Mega Man characters would you like to draw that you hadn't drawn already?

Oh yeah definitely, potentially coming back for any expansions. I was hoping for Alia and Chun too, but some one already snagged them!

You have done illustrations for an unannounced project for Square Enix. Besides that, what more can we expect from you in the future?

Quite a lot, but all under NDA currently. I drop personal work quite pretty frequently, always find some time for training.

To close the interview, do you have a message for Mega Man fans that you'd like to share?

I had a great time working on the project, I hope people felt I did the characters justice.

You can follow Alwyn on Twitter and check his art out on ArtStation. He is open to take commissions. You can contact him via Twitter, however, be advised that his fee is that of a professional illustrator.

Below you can see the clean artwork of his Mega Man X-themed Teppen cards. 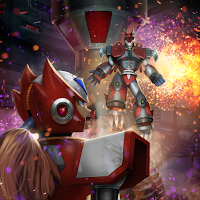 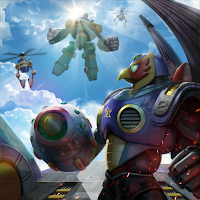 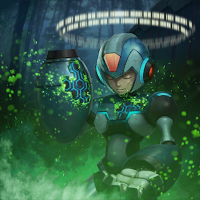 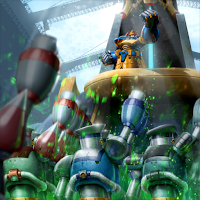 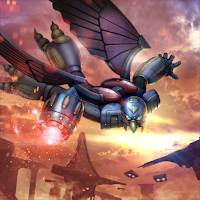 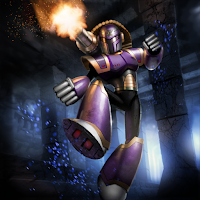