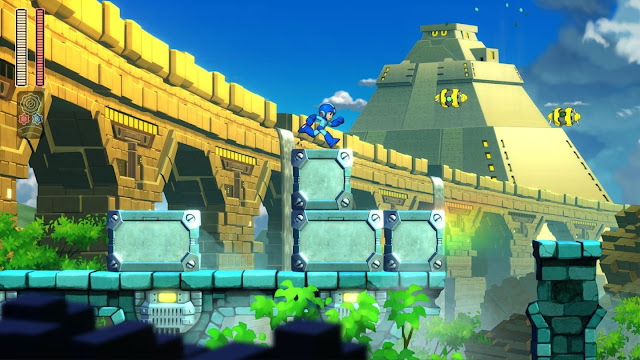 According to True Achievements, a "Mega Man 11 Demo Version" is coming our way soon – very soon. A listing for the demo has appeared on the Xbox Game Store with the following description: "take on all kinds of enemies and traps in the Block Man stage" and "use the new Double Gear system to slow down time or power up your shots and take down that boss". I think it's safe to say this will be the same demo that we saw at E3, Comic-Con, and various Capcom TV streams.

It remains to be seen if this demo is exclusive to Xbox One or if it will show up on other platforms (PlayStation 4, Nintendo Switch, and PC). We'll probably learn more when Capcom officially announce the demo themselves.

Stay tuned for updates!
Posted by Protodude at 9:47 AM