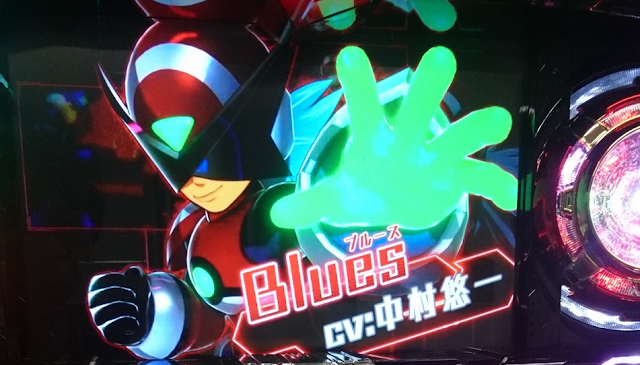 Another day, another off-screen Pachislot Rockman Ability leak. This time we have a very brief clip of Rock, Roll, and Trancy encountering Blues (or as he's better known online, "Poké Ball Blues"). Check it after the break!


In English, Blues says: "My name is Blues. I'm gonna test out just how strong you are! Let's go!" He is voiced by Yuichi Nakamura, a prolific anime, game, and film voice actor.

So based on what we've seen so far, Blues is being set up as an antagonist. He's consistently been shown alongside Rockman Ability's bosses, too. I have no doubt players will face him on more than one occasion.

Pachislot Rockman Ability is on track to hit Japan later this September. You can find past coverage below:


Thanks to Xonora for the translation!
Posted by Protodude at 6:34 PM