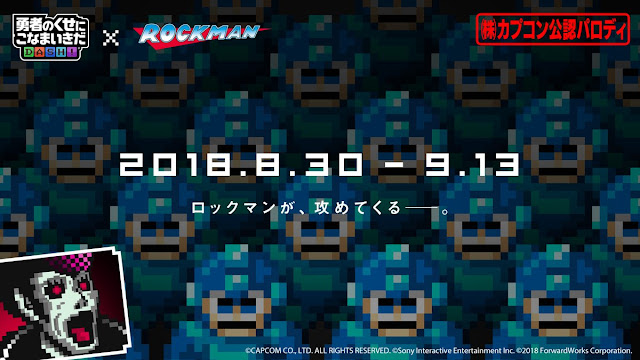 To celebrate Rockman's 30th anniversary, Japanese mobile game No Heroes Allowed! DASH! is partnering with Capcom for a special Rockman collaboration. From August 30th to September 13th, several classic series characters will appear in the game as both allies and foes. Rockman 11 Robot Masters Block Man and Fuse Man will make an appearance, too!

Watch some gameplay after the jump below!

I can't say I know too much about else about No Heroes Allowed! DASH!, however, this description from an old Gematsu report provides the gist of it:


"No Heroes Allowed! DASH! is a hero repelling-style puzzle RPG where players use simple controls to align blocks in order to summon monsters. Players must turn the tables on the tireless heroes who continue to appear. Defeated heroes can be put to work in the mines to find rare materials and monsters."


The game is available to download from the App Store and Google Play.

Posted by Protodude at 6:22 PM