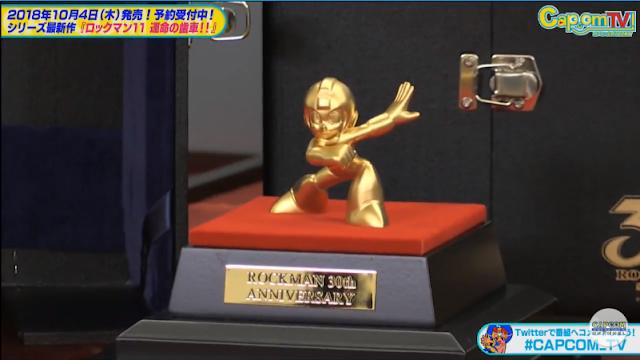 Capcom Japan has revealed not one, but two new 30th Anniversary statues on today's Capcom-TV stream! The stream showed gameplay of one the new challenges featured in "Challenge Mode" in  Mega Man 11, the mode shown counted how many jumps you had made in the stage, the goal being to reach the end of the stage with the minimum amount of jumps used. Speaking of jumps, more after the jump below.


Ucchy went on to reveal two golden 30th anniversary statues (Goldmember would be proud!) both come in a rather swanky display case. And yes; they're made of real gold. 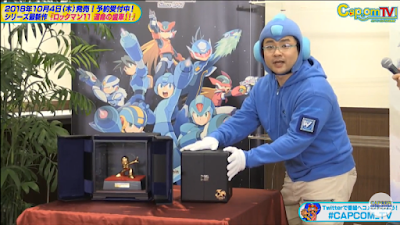 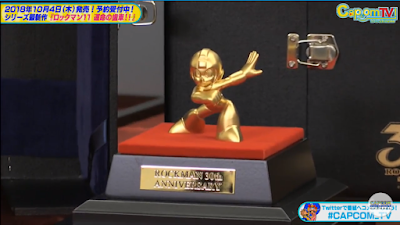 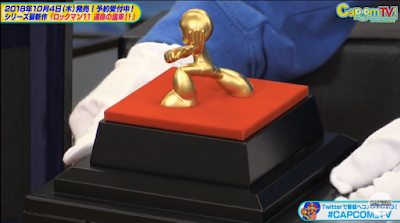 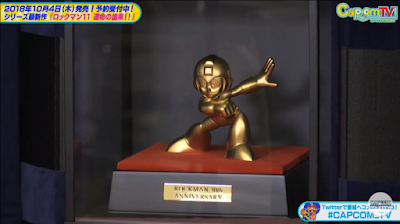 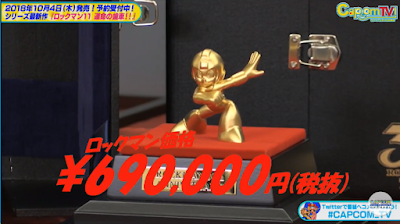 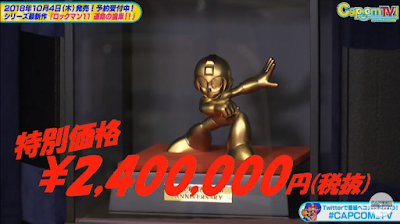 With prices that high I'd imagine only the hardest of hardcore collectors will be applying for these! We're still awaiting details on availability & where you can order these from, though i'd imagine E-Capcom store in Japan is a safe bet.