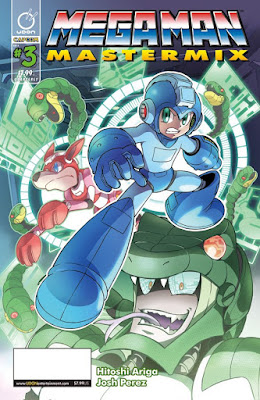 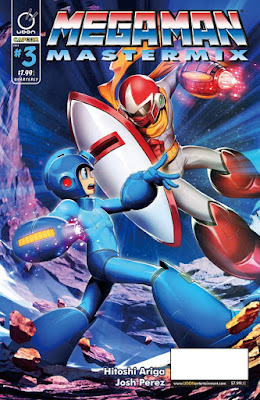 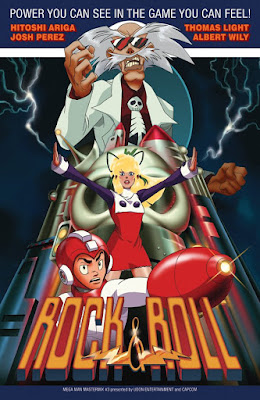 Original slated to hit comic shops on July 25th, Mega Man Mastermix #3 has officially been pushed back to August 22nd, UDON Entertainment confirmed. As previously announced, this issue will be joined by two variant covers by Genzoman (middle) and Josh Perez (right).

"Rock, Doctor Light and a reformed Doctor Wily travel into space to investigate an asteroid of alien origin! Along the journey, they find themselves attacked by not only eight new Robot Masters, but the mysterious Break Man as well! It's an adventure of all-out automaton action in outer space!"