Today, Capcom announced their lineup for the upcoming Tokyo Game Show (September 20th to 23rd). Among the titles they will exhibit is Rockman 11. The game will be playable with four stages/bosses and three difficulty choices. No word yet on which stages will be playable, though. Fuse Man, Block Man, Torch Man, and Blast Man, maybe? We'll see.

Capcom are also planning to hold various stage events and some form of live streaming for the folks at home. More information will be revealed at a later date. And lastly, what's a TGS without some exclusive merchandise? Check 'em out after the jump! 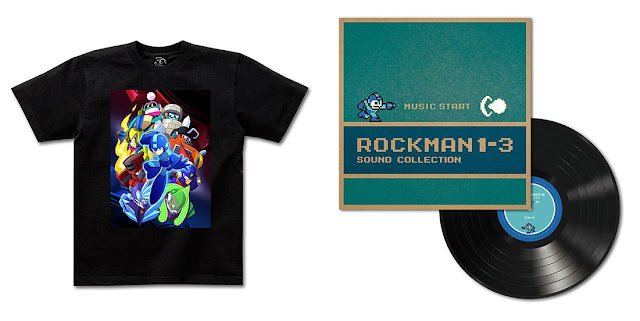 Visitors of the Capcom booth will also have the chance to get a free 90 minutes Blu-Ray Disc with promotional videos, interviews and TV Commercials of all the Capcom games exhibited at the show (Rockman 11, Street Fighter 30th Anniversary Collection, Devil May Cry 5, Resident Evil 2, etc).