We're Getting an Official Mega Man Board Game 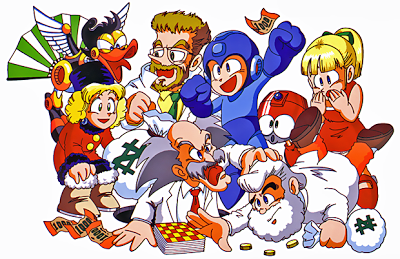 No relation to RockBoard. Sorry!

This is something I've known about for a little while now, but it looks like the cat is (almost) out of the bag. So here it is: Jasco Games, makers of the Universal Fighting System trading card game, have announced they will be producing a Mega Man board game. It's an officially licensed product due somewhere between late 2013/early 2014.

...and that's all that can be said for now. I've spoken with Jasco and it sounds like I should be getting a few images of the board and additional details soon. We'll keep you up to date!