Black Zero is the Next D-Arts 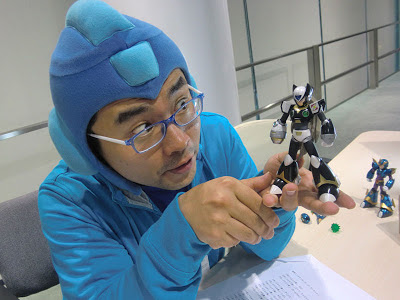 Hot on the heels of yesterday's post, Rockman Unity's Ucchy has revealed the next character to get the D-Arts treatment: Black Zero. If you've been keeping track, you'll note Black Zero came in 10th place in the recent character poll. He was also teased back at the 2012 San Diego Comic-Con.

Black Zero will ship with the same accessories that the Zero Type 2 figure included, but his Z-Saber is purple. That's three purple Z-Sabers, four detachable hands, two faces and a normal arm. Black Zero will be a Premium Bandai figure in Japan, but I've recieved word from our friends at Tamashii Nations and Bluefin that the figure will indeed be headed stateside. We'll have more news (and images) soon.