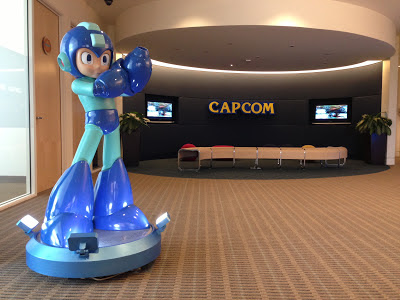 Unfortunate news on the Capcom front today. According to a Polygon report, the company is undergoing a staff reorganization, resulting in the resignation of its Senior Vice-President Christian Svensson.

Svensson shared the news on his Facebook, saying that he volunteered to be let go as part of the reorganization. He did not say who else has been affected, but said "sadly, I'm not the only one affected by the reorganization today. Over the next few days, I'll be gathering resumes from as many as I can and will be sending them out to my contacts around the industry to see if there's a 'love connection' to be made."

Svensson has been part of Capcom U.S for eight years, candidly serving as the mediator between Mega Man fans and Capcom Japan's head honchos. He's an advocate in getting the franchise back on its feet; keenly aware of the community's diverse opinions. Though the fruit of his labor has yet to become apparent (a new game, a new direction for the franchise, etc.), know that he has tried to do right.

“I’ve had the opportunity to interface with the best fans any company could ever hope to have,” he continued. “I know that I wasn’t always able to deliver what they wanted, but I promise that I did my best to champion their needs and wants. So thank you to the fans who made my job rewarding, challenging, and, if nothing else, interesting.”

I wish Svensson good luck on his future endeavors.