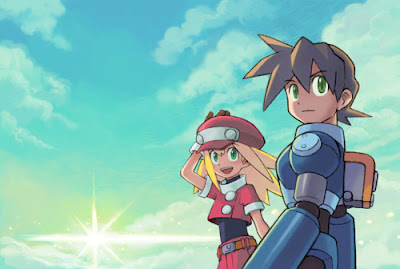 Capcom Unity's Greg 'Gregaman' Moore has dropped by the Ask Capcom forums to provide further insight regarding Mega Man Legends 3's cancellation. It's a lengthy report but, man, it's well worth the read. Hit the jump below for the full read or click here for the original post.


Hey everybody. I want to say first that I appreciate your civility on the subject. We are still examining the possibility of Legends 1/2/MOTB releases on PSN, et al, but it may be that the best we can get are the Japanese, untranslated PSP ports. And even then I can't make any promises right now.

As these threads always exemplify, there's quite a bit of disparity even within the existing Mega Man community about what Mega Man is, what makes the brand good, and what direction it should go in the future. That's one of the big challenges of the brand. That disparity is not only found amongst fans on Unity.

At any rate, R. Case has been a devoted fan from the start of the Devroom, and while I can't give you all the answers you seek, I want to at least address this thread to the best of my ability. While I lack Sven's authority and fearless candor, I will go ahead and try to compensate for his absence. But before you go neogaffing and Mega Man Networking all this, I want to stress that the below is nothing more than a recap of things we've already expressed in one form or another. You could call it GregaMan's Greatest Hits.

>Why was MegaMan legends 3 cancelled?

To be sure, I don't think when Sven said it "could take years" to get an explanation he was promising one once we'd passed the "years" mark. We're still beholden to the same restrictions as before (although he has left Capcom, soooo I have no idea?). Although I gather you just figured this was a decent time to give us another nudge.

As some have already pointed out, it's not at all uncommon for games to be canceled mid-production, even (or especially) for major publishers, for major brands. The difference in Legends 3's case is that it was announced publicly from its earliest planning stages, while most games that meet this fate are nixed long before ever being revealed outside office walls. This of course was the whole point--an experiment in transparency for what was clearly a passion project in need of an "angle"--and frankly a pretty odd one, when you think about it. Remember that Legends 3 was essentially a 10-year-late sequel to a sequel to a spin-off, that had middling success even back when it was one of the only games of its kind--before 3D Action-Adventure was an established genre, if you can even remember that far back. And consider its place within the greater Mega Man brand. If you thought DmC was a deviation from the Devil May Cry brand, remember that MML (MmL?) changed virtually everything you could possibly change about Mega Man. Even I remember scoffing at the sight of it until I got my hands on it and realized it stood on its own merits. Then consider that the game was destined for a platform that didn't even exist yet in the wild. All that isn't to say MML3 was a "bad" project--it was just weird. But MML has always been a passion project, not a cash cow. Hence the Devroom angle.

I guess you could say, then, that the cancellation of the project wasn't actually anything out of the ordinary. What was out of the ordinary is that everbody knew about it. The Devroom and the MML3 project's utter transparency were nigh-unprecedented experiments with high risks. They were risks that, sadly, delivered the full brunt of their severity. Look at us. Two years later and we're still here talking about it. I want to know, guys, and please take this question in earnest: Knowing how the project turned out, would you rather have not known about its existence to begin with?

I want to believe that despite the grief, despite the years of community "managing" that have resulted for me and my team (all of whom were not in the company's employ at the time of the cancellation), there was still merit in the experiment, for you and for me. The Mega Man community is the strongest and most aligned it's ever been. We didn't get a game, but we got real stories of human beings coming together with other human beings and doing incredible things. I'm not trying to give the company a pat on the back for this incidental outcome. I'm giving you all a collective one.

We as a publisher learned valuable lessons about the role community can, should, will by any means necessary play. In my mind the Devroom marked a maturation of our still-fledgling community initiative. A milestone lesson learned and taken to heart. How lucky am I that I started my career here by helming the craziest, weirdest, most volatile experiment ever ventured by this department? MML3 realigned our compass, and whether you know it or not, you've all had an impact on Capcom. It is my hope that in time this will lead to decisions that bring happiness to each and every one of you.

>Why where fans mislead about the Prototype coming out?

It was unintentional and that's all I'll say about it. There was never an attempt to mislead anybody.

>Why did that guy at Capcom Europe think it was ok to put all the blame on fans?

I'd like to put this issue to rest once and for all, though I don't imagine that will happen since we've already tried our best to dispel those remarks and I still wake up each morning to a new volley of "Why Capcom keep blaming the fans?!" messages. As the composer of that tweet eventually tried to explain, the remark was intended to be a lament that the Devroom didn't achieve its aims as a marketing tool, not that the fans of the game were somehow responsible for the cancellation of the game. In any case, it obviously didn't come out that way, and the backpedaling was evidently too little too late. Incidentally, the Devroom was never meant to serve as a primary gauge of "marketability" or whatever--we knew this was hardcore stuff. But it bears noting that the Pan-Western Devroom was US-led and Europe's involvement was secondary, so I would chalk that sentiment up to that one individual's misconception of the project, or else just poor wording.

I don't know what was going on in that person's head, but keep in mind that this was, like I said, in the fledgling days of Capcom's community initiative. Europe in particular didn't really have much of a community presence to speak of yet, and this predated the advent of a European community manager or social media expert. Rarely a week goes by that you don't hear of some company committing some cringeworthy gaffe on social media, and I guess this was ours. But that's all it was--an individual using a corporate account to post personal musings rather than representing the company's stance. The person was spoken to about it as soon as it was discovered and asked not to Tweet anymore. To be as clear as possible: Capcom does not "keep blaming the fans"; one person made a brief series of poorly-worded Tweets once and was then removed from Twitter. The company, including the European branches, has since undergone a massive upgrading of its community initiatives, and now the UK office has both multiple designated community managers (led up by the lovable Neil) and a social media expert. So I'll just come out and say it--you can go ahead and discredit those glaring, two-year-old Tweets. The official company message regarding the cancellation is here. My follow-up message is here. It's not your fault.

If nothing else (and I hope that's not the case), hopefully this project has shown you why companies are rarely ever this transparent. As soon as you let the public in on something, you may as well have made a promise. And god forbid it be a premature one.

That said, I believe that the project was itself inherently good. Fan involvement and transparency are still ideals held high by my team and me, and we try to have our games and activities reflect this as much as possible. Believe it or not, we've come a long way since Legends 3, and continue to progress down a promising path. I do hope that you'll stick with us in the future, even if our successes don't take the form you'd originally desired.