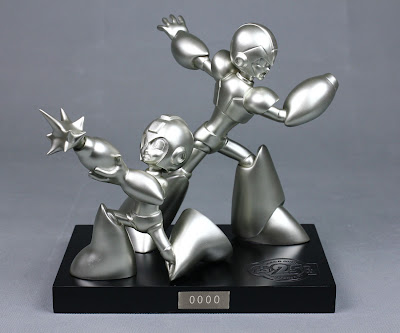 First revealed at PAX East back in March, Capcom Unity brings us a new image of the upcoming Classic Mega Man and Mega Man X statue! It's 10-inches of silvery goodness, produced with the intention of celebrating the X series' 20th anniversary in December.

Capcom's Brett Elston promises more news soon, though he assures it will be available to purchase at the San Diego Comic-Con in July. If you can't make the trip, the Capcom Store will have you covered. Expect pre-order details soon.