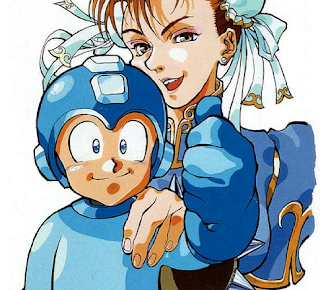 Instead of three separate posts, I figured I'd save myself the trouble and toss you three Street Fighter X Mega Man stories right here. Let's see what we got, shall we?

SFXMM is not without its hiccups. There's been numerous reports of random crashes, glitches and bugs. Moreover, we've seen a steady demand for a save system and a revamped user interface (for example, hitting ESC literally quits the game with no warning). In response to these issues, Christian Svensson, Brett Elston and Zong Hui are talking about doing an update. No indication when this could happen. But the sooner the better, right?


- The Game Has Exceeded Svensson's Expectations

You may recall how Capcom wants to track how many people are downloading the game. Well so far so good. Over on Ask Capcom, Svensson says the game has exceeded his personal expectations. Svensson adds, "We're obviously still tabulating (it's only been two full days) but based upon the first day or so, it's more good data for us." In other words Capcom's still keeping close watch on that download ticker.

Another bite from Siliconera, here's a nice interview with Zong Hui. Among topics discussed, he reveals the team once considered adding a secret playable Street Fighter character and alternate costumes. Hit the link above for all the details.

Thanks for the tips, Tim!
Posted by Protodude at 11:35 PM