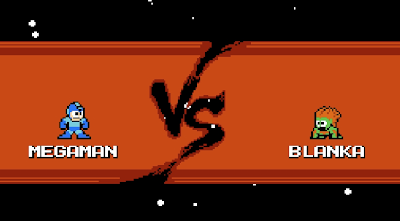 You may recall that Mega Man Legends 3 was a game that wasn't entirely "greenlit," meaning the powers-that-be weren't fully convinced of the game's viability. That's where the ill-fated Prototype Version came in. If the Prototype Version actually released, its performance would have been used to gauge interest in the full game.

But that's all in the past now. Street Fighter X Mega Man, the upcoming free downloable PC game, is the latest product to be used to "gauge interest" in the direction of the franchise. In an interview with Destructoid, Christian Svensson says the game's performance will be observed closely to help factor in where Mega Man goes next:

"We'll be using this as one of many means of gauging where we're going," Christian told me. "One of the challenges that we have is figuring out what is the path forward in terms of, you know, Mega Man has five brands: Classic, X, ZX, Battle Network/Star Force, and Legends. Some of these things are in the same ballpark as one another, and some of them are completely different. That's part of where the, I'll say, the disagreement comes in -- a non-unified vision of where Mega Man should live on exists within our own company as well as it does in the market."

"I would argue that if anything, if we get a million downloads of [Street Fighter X Mega Man], and certainly I think that's the floor I hope to see -- it's free, it should hopefully do more than that! -- that just helps raise awareness for the brand across the board and creates fertile ground for things to happen regardless of which direction that it kind of comes in."

"....We would hope this is, on our end could sort of make good [to fans]," Brett explained. "Making it free, making it available to as many people as possible, helps us get back on the right track with the brand. This is just the beginning of the 25th anniversary of Mega Man, this isn't the end-all, be-all that we have to say. We're hoping the free status of the game shows that we're listening and that we care. We want to get this character, this brand, back alive."


Note that Elston emphasis SFxMM is not an end-all, be-all of any sort. But it will play some role in what's going to happen from here.

So this is your task: Monday, December 17, download the game from Capcom Unity. It's free. Unless your PC is an IBM 5150, you have no excuse to not download it.