Capcom Has No Interest in a Mega Man FPS 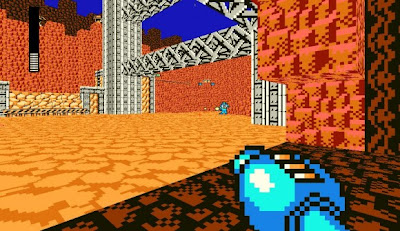 Though in theory it could bring in a pretty penny, this is a path the Mega Man brand will not take. Over at Ask Capcom, Christian Svensson provided the following reply to the likelihood of a Mega Man FPS:

"An FPS MM is not a concept I would be comfortable with given the current brand situation. It's not something I would advocate."

So for now, we need not worry about the phrase, "we want the Call of Duty audience" correlating with Mega Man. Now, that's not to say an FPS Mega Man wouldn't, nor couldn't work. The popular 8-bit Deathmatch fan-game (above) is a good example of something like that done right. But in today's market, the expectations and perceptions of what an FPS should be... well, it just wouldn't fly. I see it doing more harm to the brand than good, honestly.

But that's just my two cents. What do you think?