It's a rather unusual cameo... random, even, but an interesting one nonetheless. Check it out after the jump!

As noted on Rockman's Diary, the cameo pops up in Bakuman volume 18, chapter 157: 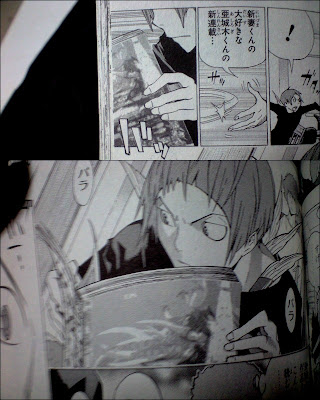 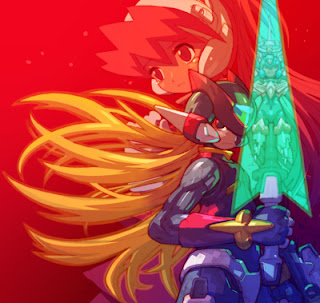 Curiously, the image was originally obscured in the chapter's serialized version within the pages of Shonen Jump. You can see what that looks like right here. The image was seemingly restored for the chapter's tankōbon format.

To what end would Obata want to sneak in such an obvious (and possibly deliberate) cameo? Maybe he was playing the game during this particular chapter's production and wanted to give it a little nod? Who knows! Artists are always slipping in all sorts of cool and weird easter-eggs. Why, just look at all the fine examples from Walt Disney!

I've had little to no exposure to Bakuman so I can't say if there's any other Mega Man-y things sprinkles throughout the manga's 176 chapters. Be sure to hit us up if you know something we don't!

Thanks for the tip, Riela.
Posted by Protodude at 3:16 AM