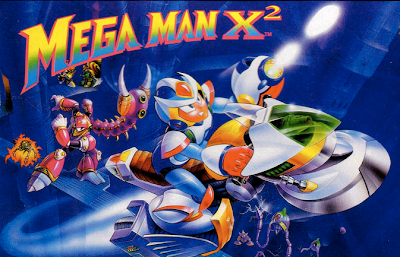 Surprise! Mega Man X2 is coming to the European Wii Virtual Console this Thursday, May 31st. We've been waiting for this one to drop since late 2011, and it looks like Europe's got first dibs ahead of Japan and North American. Official press release below:

"Defend against a band of Maverick Reploid rebels known as X-Hunters with the help of Dr Light’s new upgrades. Seek out the capsules to equip X with a Double Charge Shot, Body Armour and more. X can also ride in vehicles like the Mobile Attack Armour and Mobile Attack Cycle. What’s more, X can use the abilities of defeated Mavericks to turn the enemies’ weapons against them."

As per usual, the Super Nintendo classic will run you 800 Wii Points.

Nintendo of America has yet to announce this week's Nintendo Download; with any luck we could see X2 hit our shores Thursday, too!

Source: Official Nintendo Magazine UK
Posted by Protodude at 11:44 AM