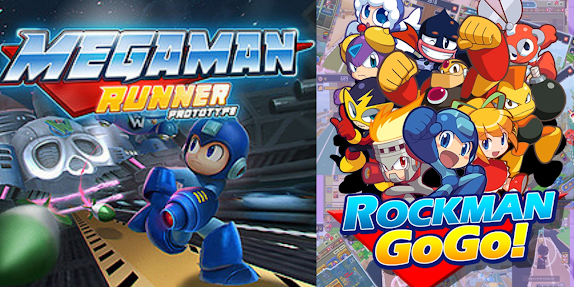 The commercial success of Temple Run created an endless runner boom in the early to mid 2010s. Developers around the world - from garage-based indies to seven figure studios - took a swing at the genre. Many of these titles floundered but there were a few that became quite successful. Sonic Runners, Super Mario Run, Crash Bandicoot: On the Run! and so on.

No stranger to dipping a toe into bankable trends, Capcom looked to their blue robot for their own endless runner. The result? Rockman Go Go! in 2015 and the cancelled, aptly-named Mega Man Runner in 2016. 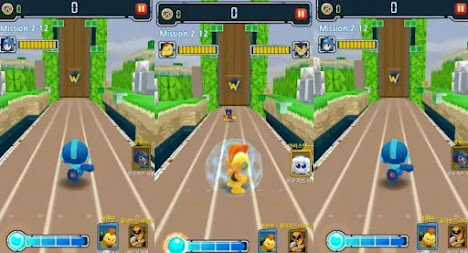 Rockman Go Go! was a short-lived endless runner developed by Jenoi and distributed exclusively in South Korea in early 2015. The initial idea for the title began with a discussion between Capcom Japan and Jenoi CEO Kim Jung-Soo. At the time, Capcom Japan lacked the resources to port their iOS titles to Android. Jenoi stepped in to assist, subsequently becoming a second party developer. A short time later, Capcom tasked Jenoi to develop a Rockman title for a South Korean audience.

Rockman Go Go! debuted on Google Play in January 2015 with little to no marketing. Kim Jung-Soo indicated that Jenoi wanted to place their focus on the game's operation over promotion and advertising. Although he indicated marketing would increase over time, the game failed to attract a large audience. Rockman Go Go! ended service eight months later on September 25th, 2015. 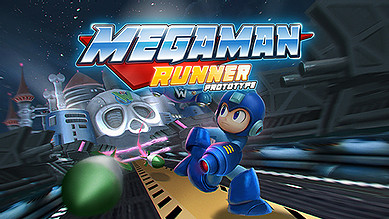 In April 2016, Capcom Japan formally announced a brand-new Mobile Business Division, which aimed "to produce hit titles both domestically and abroad by aggressively utilizing the company’s popular IP." Later that September, the company confirmed the development of a new mobile Mega Man title - in addition to Monster Hunter and Sengoku Basara - targeting a 2017 release. This was intended to be Mega Man Runner. Keyword: intended.

Mega Man Runner began development at Capcom Mobile in Toronto in 2016. The studio set out to create a prototype that was heavily inspired by Rockman Go Go! with a twist.

"One of the ideas we were running with (ha ha) was, what if the danger wasn't always in front of Mega Man. What if it was coming behind him," explains one developer who wishes to remain anonymous. "That's what's going on in the prototype's key art there. [the Smash Bros. assets were placeholder; no models were built from our end at that time] There would be projectiles like missiles and energy blasts coming directly behind Mega Man. You, the player, would have to dodge fire coming from both directions."

Concept art for the project was whipped up to help solidify the kinds of environments Mega Man would traverse. Artists would sneak in a Smurf in different states of peril as a bit of a joke, too. (Much of Mega Man Runner's team consisted of folks who worked on Smurfs Village) 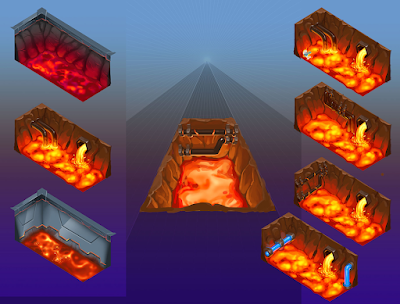 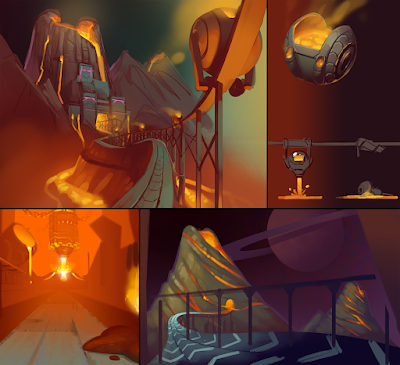 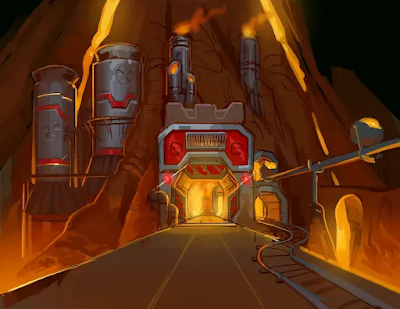 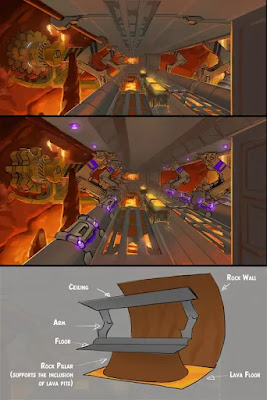 "If many serves right, the backwards projectiles might have been coming from Robot Masters or Dr. Wily himself," our source writes. "Actually, you can sort of see a Wily UFO craft behind the Mega Man Runner logo in our proof-of-concept banner. Wily was going to serve a significant gameplay role."

While Capcom Japan were keen on the prototype, Mega Man Runner didn't get the full go-ahead. Various projects in development at the mobile studio were consolidated or outright cancelled due to shifting business strategies. Key Mega Man Runner staff departed the studio, while others went on to support Puzzle Fighter. Capcom's mobile operations would later be absorbed back into Capcom Japan, culminating in the closure of Capcom Vancouver.

"MMR was a really cool idea," continues our source. "There was a lot of meat to the game to make it enjoyable for both casual and core fans. It's unfortunate we didn't get to build the game itself... but the idea was there for a while."
"From my understanding MMR isn't exactly dead in the water," says another former Mega Man Runner staffer. "Mega Man Go Go! and our early work made an impact back in Japan. An endless runner is definitely a viable route for the series. But it all boils down to money. How much money can the game make, what monetization model should it take, etc. If they can figure that out, it'll happen."
Well, back to you. Are you up for an endless runner?
Posted by Protodude at 12:25 PM