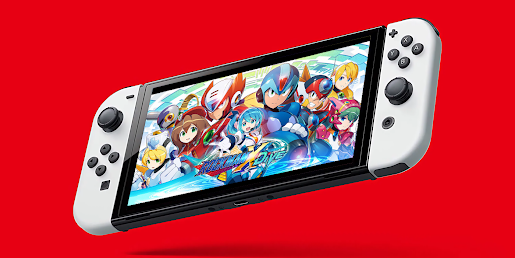 If you thought Rockman X DiVE's Steam port was a poorly kept secret, get a load of this.

Dataminers have dug into Rockman X DiVE's newest client and discovered a series of strings alluding to an unannounced Nintendo Switch port. Although the evidence carries heavy implications, it may be some time before things are officially confirmed. Have a look...

The following strings have not appeared in Rockman X DiVE's client before today:

Remember: this is literally the *exact* same process that clued us in on the PC/Steam port months before it was officially announced. The odds of a Nintendo Switch version are looking pretty good at the moment.

That said, what exactly are we looking at here? For one, the strings directly reference Amiibo. But before you get too excited about potential Rockman X DiVE Amiibo (tantalizing, yes) note the phrases "NO_USE" and "NOT_SUPPORT" posted repeatedly.

These particular strings probably tell Nintendo Switch hardware that the game doesn't support Amiibo. Bit of a bummer, sure. But the good news is Rockman X DiVE is more or less Switch bound.

As per usual, don't expect to hear anything official on this front for a good while. Datamine finds are typically weeks if not months out from being formally revealed. We'll keep an ear to the ground. You never know what the next client update will bring, too.